While Google deals with the constant scrutiny of European antitrust, tax, and privacy regulators, it has been busy promoting itself as a force for good in Europe.

Since last spring, Google has been holding digital literacy workshops in a handful of European countries to encourage local entrepreneurs to improve their online marketing skills. Luxembourg is Google's latest stop.

Last year, European regulators filed an antitrust lawsuit against Google and announced that it would continue pressing charges over claims that Google unfairly promotes its own products and services to consumers in search results.

Not only do EU regulators say Google holds a monopoly on the search market, with a 90 percent market share in Europe, but Google's e-commerce services, such as Google Shopping, give Google an unfair advantage over other services. In November, Google openly disagreed with those charges in a 130-page response.

Apart from its shopping tools, Google Search also uses a geolocation algorithm to tailor a user's search results to his or her region.

But both Google and government officials in Luxembourg say the principality's businesses still do not appear frequently enough in searches for products and services.

Instead of questioning whether Google's search algorithms negatively affect these businesses, Luxembourg has decided to partner with Google to educate firms on how to use online tools, such as Google AdWords, that could help them feature more prominently on the web.

Google Belgium and Luxembourg public policy manager Caroline Coesemans wrote that the problem is that most small and medium enterprises do not have an online presence. "Although 93 percent of the [Luxembourg] population uses the internet -- one of the highest rates in Europe -- just seven percent of small and medium enterprises (SMEs) market their products online," she said.

Google contacted the Luxembourg government directly with a proposal to implement its online digital marketing course, called Digital Workshop, there.

Before coming to Luxembourg, Google also implemented the Digital Workshop in Germany and Hungary and in the UK and Ireland, where it is called the Digital Garage.

Google's Digital Workshop is a suite of online learning materials that shows students the best way to use online tools, such as YouTube, search engine optimization, and online publishing platforms to market their businesses.

Last year, Google EMEA business and operations president Matt Brittin pledged to train one million Europeans in online digital skills by the end of 2016. The Digital Workshop is a key element of his program. In February, Brittin doubled Google's commitment and now aims to train two million people in the EU.

Small and medium enterprises in Luxembourg are receiving a multi-day series of digital literacy workshops that will use Google's Digital Workshop materials starting, led by the House of Training, a Luxembourg-based vocational training organization.

The digital literacy program is part of a national government initiative called Digital Luxembourg, which aims to prepare all the country's industries for the digital economy. Google's Digital Workshop centers on promoting the e-commerce sector.

To inaugurate the e-commerce training program, Google presented the Digital Workshop at the beginning of March, at an event that was attended by the prime minister of Luxembourg and leaders from Digital Luxembourg and the House of Training.

There, Thierry Geerts, Google's country director for Belgium and Luxembourg, cited search result statistics, saying that out of 100 search results for a specific service or product, only 13 percent of links led to companies in Luxembourg. 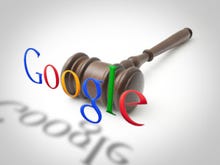 Geerts motivated the audience to put its energy into bringing more Luxembourg businesses online, to regain the other 87 percent of business opportunities that leave Luxembourg every time a search user follows one of these links.

While the Digital Workshop's materials discuss Google Search and other Google products, other companies' products are mentioned as well.

"It's not just about Google tools. In the workshop, they also talk about LinkedIn and Facebook as well," House of Training CEO Nico Binsfeld tells ZDNet.

Through partnerships with various European governments, Google says it wants to help Europe avoid a future skills gap in the digital economy.

Compared with Google's user bases in the US, Asia, and elsewhere in Europe, Luxembourg's market size is negligible. Luxembourg has around 500,000 inhabitants, while Germany has a little over 80 million.

Still, Google didn't want to pass up an opportunity to change consumer sentiment toward using the internet. The web is still inaccessible to many people, even if they have internet connections.

"When we talk about SMEs, we're talking about craftsmen and local shops who think, 'E-commerce, the web? It's not for me. Local people will still come.' We want to change that mindset," Binsfeld says.