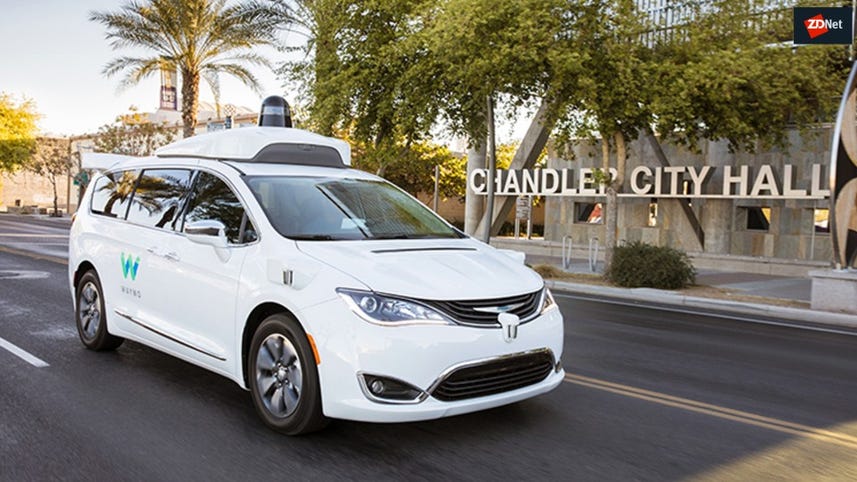 Google's autonomous vehicle spinoff, Waymo, has released 360-degree video to let people see what it's like to be a passenger in its robotically controlled minivans.

Waymo released the video, shown below, to assuage fears that people may have about sharing roads with self-driving cars and traveling in a vehicle steered by a robot.

The video follows Waymo's recent application to Arizona's state department of transportation to operate as a transportation network company, setting it up to become a fee-charging driverless rival to Uber and Lyft. The company has already offered free rides in the state under its early rider program.

The video shows footage and real-time data from a trip in Metro Phoenix, Arizona, in a Waymo minivan, offering a 360-degree view from its cameras.

It depicts how its LiDAR and radar senses the world, including its ability to recognize other road users such as cyclists, pedestrians and cars, and how it predicts their actions to pick a safe course of action.

The video's narrator explains that its LiDAR emits billions of laser beams to build up a complete 360-degree picture of its surroundings, while radar detects the distance of objects around it and their speed.

Cameras also detect colors, such as whether a light is red or green. In a scene featuring a narrow passage between parked cars and pedestrians, the video shows the Waymo vehicle stopping and waiting for another vehicle to pass before proceeding, to demonstrate the system is capable of considering both the passenger and others in its vicinity.

The video ends with a short clip of the 360-degree view of a passenger in the backseat of the vehicle.

The 360-experience can be viewed in a desktop and mobile browser as well as in virtual reality through Google's Cardboard and Daydream.

Google launched the driverless project in 2009 and reached its first million miles in 2015. Since then, it has completed test drives in 25 US cities to train the vehicles in different weather conditions.

Waymo says it's also completed 2.7 billion miles in simulation and on its private test track.

Google didn't provide specifics on the Atlanta rollout, set to provide another climate and conditions for testing.

To achieve full, Level 5 autonomy, vehicles need to be able to handle all of the environmental conditions a human can.