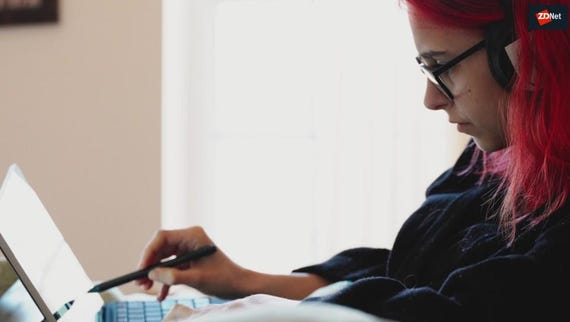 Google released the results of its Accelerate State of DevOps report on Tuesday, finding that respondents who use hybrid or multicloud were 1.6 times more likely to exceed their organizational performance targets.

Google has worked on the report for seven years, querying more than 32,000 professionals worldwide over the last few years.

"This year we also investigated the effects of SRE best practices, a secure software supply chain, quality documentation, and multicloud -- all while gaining a deeper understanding of how this past year affected team's culture and burnout," Smith said.

"Based on key findings from previous Accelerate State of DevOps reports, we again used four metrics to classify teams as elite, high, medium or low performers based on their software delivery: deployment frequency, lead time for changes, mean-time-to-restore, and change fail rate. This year we saw that elite performers continue to accelerate their pace of software delivery, increasing their lead time for changes from less than one day to less than one hour."

Smith said they asked respondents to rate their ability to meet or exceed their reliability targets, finding that teams with varying degrees of delivery performance see better outcomes when they also prioritize operational performance.

Smith added that this year, 1,200 working professionals from a variety of industries around the globe shared their experiences with the researchers.

One in every four respondents said they used multiple cloud providers because of the unique benefits offered by each one, with the second most common reason being availability.

DevOps: How to get started and how to make it work

DevOps could transform the way your organisation delivers software projects but there are some hurdles you'll have to jump along the way.

How teams implement their cloud services was also a major focus of the report, with the researchers finding that elite performers were 3.5 times more likely to have met all essential NIST cloud characteristics.

"Only 32% of respondents who said they were using cloud infrastructure agreed or strongly agreed that they met all five of the essential characteristics of cloud computing defined by NIST, an increase of 3% from 2019. Overall, usage of NIST's characteristics of cloud computing have increased by 14-19%, with rapid elasticity showing the largest increase," the study found.

More than half of all respondents said they use SRE practices to some extent. The Google study found that regardless of performance, teams saw benefits from the increased use of SRE practices.

Continuous testing and continuous integration are also both indicators of success, according to the report. Trunk-based development is key as well, with elite performers who meet their reliability targets being 2.3 times more likely to use it.

Observability was cited as another metric that separated elite performers from the rest. Teams who successfully meet their reliability targets are 4.1 times more likely to have solutions that incorporate observability into overall system health.

The study takes time to note that the COVID-19 pandemic forced significant changes on how teams worked. Nearly 90% of respondents worked from home and just 20% said they had ever worked from home before the pandemic started.

"Respondents who worked from home because of the pandemic experienced more burnout than those who stayed in the office (a small portion of our sample). Inclusive teams with a generative culture were half as likely to experience burnout during the COVID-19 pandemic," Smith said, adding that security was also an important part of the survey.

"Security can no longer be an afterthought—it must be integrated throughout every stage of the software development lifecycle to build a secure software supply chain. Elite performers who met or exceeded their reliability targets were twice as likely to have shifted their security practices left, i.e., implemented security practices earlier on in the software development lifecycle, and deliver reliable software quickly, and safely."