The Great Place to Work (GPTW) Institute published its annual lists of the best companies to work for in Latin America featuring several representatives from the technology sector.

Within the 25 multinationals listed, four are from the tech sector. Cisco - which employs 1,710 people across offices in Brazil, Mexico, Chile, Colombia and Costa Rica - is the number one technology employer, followed by Dell, which has 1,710 staff at its Brazil, Panama and Mexico offices and was placed fourth on the list. 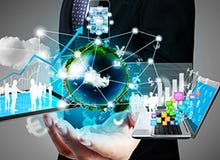 Further down the ranking of the best tech multinationals to work for, EMC appeared in the 12th position. The company employs 1200 staff in Brazil, Mexico, Argentina and Chile.

The fourth technology company to appear in the list of the best global workplaces in Latin America is Oracle, which has a 4,600-strong workforce across Brazil, Mexico, Argentina, Venezuela, Porto Rico and Peru.

A separate GPTW list of the best companies with more than 500 staff only had one Latin American representative, with Brazilian IT services firm PromonLogicalis ranked 17th.

The list of companies with less then 500 employees is where technology firms appear most prominently: some 11 organizations feature on the list with Brazilian firm Dextra occupying the top spot.

Within that list, ACH Colombia ranked 8th, followed by Brazilian IT firms Acesso Digital and Radix, placed 9th and 18th respectively. Dimension Data from Mexico ranked 22nd, Backcountry from Costa Rica was placed 27th and Mexican CONTPAQi got the 32nd place on the list.