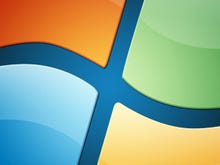 Windows XP diehards: Can you survive the April 2014 deadline?

Some organisations intend to keep running Windows XP after support ends next April, but the options for doing so safely are narrowing.

Preparations for a corporate shift away from Windows XP are bound to throw up issues, but one organisation currently making the move from the aged OS has found in the region of 1,000 pieces of software installed on its systems.

UK heath organisation Salford Royal NHS Foundation Trust is in the process of shifting 6,000 users to Windows 7 from Windows XP, which from 8 April 2014 will no longer be supported by Microsoft after almost 14 years on desktops around the world.

As part of the groundwork for the migration, the Trust's desktop services manager Richard Wakefield wanted an accurate inventory of installed software and its use to ensure applications worked with the new operating system.

"I needed to know who used what and where. That sounds quite a simple thing on the face of it but to actually garner that information — with Windows as it stands — I couldn't report on it. We had SCCM. It did software metering but it wasn't perfect for us. It missed quite a lot of stuff," Wakefield said.

Patterns of application use

Unlike the patterns of use found in most organisations, really important pieces of software are not necessarily in regular use at the health organisation — yet overlooking them in the migration could have serious repercussions.

"With us being a hospital we have some quite important pieces of kit. Not all that kit is used every single day. We have certain things, for example, that are connected to machines that are only used occasionally," Wakefield said.

"Obviously we didn't want it on the reputation on the project that 'You've missed this, you've missed that', even though in reality it would have been no fault of our own. People were missing some quite important things that they use day to day, so it became quite obvious quite quickly that we couldn't rely on them to tell us what software they use."

The Trust decided it needed specialist software to create an inventory and track usage and, after a trial, opted for Centrix Software's WorkSpace iQ system.

"What we did in the process was contacting the users and contacting the suppliers and getting the software and testing it on Windows 7. We had a user acceptance testing process where the user would come in and use it as they would during the day and then sign off that, 'Yes, that works on Windows 7', and we'd tick it off the list.

"The list we originally started with was about 1,000 pieces of software and we brought that down to just under 300 in actual use."

Wakefield, who used consultancy Esteem Systems for the migration, has had a team of five people working for about six months on testing applications for compatibility issues with Windows 7 and deciding which could be safely migrated.

Wakefield thinks it inevitable that in some isolated cases, particularly in the medical physics department which looks after scientific kit, a move away from Windows XP will prove impossible.

"The medical equipment does have computers attached to it but often they're offline, so the risk of that is lower for us. The main risk with it being unsupported is us getting a virus or a zero-day that can't be dealt with by Microsoft. 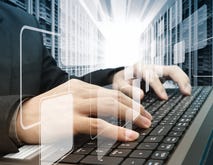 "I know there are already pieces of kit that we won't be able to move away from Windows XP. It happened to us with Windows 2000. Up until not long ago we had a system that was still running Windows 2000."

After almost a year's work, the Salford trust's first step in the staged rollout of Windows 7 took place last month, when the Child Health Department, chosen because it is relatively small and internal, successfully transferred from Windows XP.

Wakefield believes that one of the direct benefits of the new management software and the auditing process behind the migration will be a more accurate picture of patterns of use and a rationalisation of software licences.

"At the moment we do manage software licences but we could do it a little bit better. For example, Microsoft Project licences: I suspect we're going to be massively over-allocated. I don't think people use that as much as we thought they do," he said.

"We do have a massive amount of spend on software licences and I'm certain it's not all being utilised. As a trust, everybody has their own budgets for hardware and software, so it has become quite unmanaged over the years.

"This gives us an opportunity to bring it all in and make sure it's managed and we can prove to our users who are our customers that, 'Actually, no, what you're paying for is not actually being used as you think it is'."

The aim is to move away from the current use of a static image of most of the Trust's software towards defining a user's software access according to a number of set roles and automating the process.

The migration from XP to Windows 7 is due be completed by the end of the year, according to Wakefield.

"We're aiming to have everything done by Christmas if not sooner. We've currently planned the first couple of directorates but we don't want to plan in too much detail towards the end because we're a hospital and things change quite quickly. Before Christmas is the plan — and definitely before April," he said.