To paraphrase Mark Twain: There are lies, damned lies, and smartphone prices. Every review I've read of the new iPhone 6 this week says the price starts at $199. That's not true. The total prices that buyers pay for smartphones on two-year contracts from American carriers will shock you.
Written by Ed Bott, Senior Contributing Editor on Sept. 18, 2014 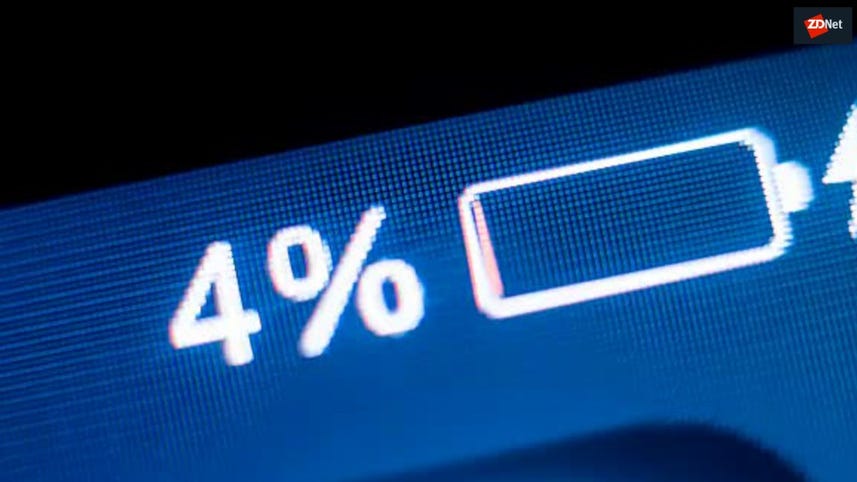 iPhone: How to squeeze more life out of your draining battery

These numbers do not accurately represent the price you will pay for an iPhone 6 on a two-year contract.

What's worse is that every review of the iPhone 6 I've read this week repeats those numbers unquestioningly.

Here, for example, is the photo that kicks off our sister site CNET's review of the iPhone 6:

And in the chart that accompanies Walt Mossberg's glowing review of Apple's latest handheld device on Re/Code, it's right there in black and white. On the "Price" line, Mossberg says the iPhone 6 is "$199 to $399 with two-year contract."

The actual price you will pay for an iPhone 6 in the U.S. varies depending on which carrier you choose. Those advertised numbers accurately reflect the up-front amount that a buyer will pay at the start of a two-year contract. But those apparently low subsidized prices include hidden costs that jack the price up over time. And it is nearly impossible for the average shopper to figure them out without extensive and exhausting research.

See also: Eight questions to ask before you buy your next smartphone

The rules of the smartphone buying game have changed dramatically in the last year or two as carriers have changed their offerings. There are now much better deals than contract prices, but many consumers (and, sadly, tech journalists) are stuck in old habits.

Those contract prices include a $450 subsidy by the carriers, who are not in the business of giving money away. And they make sure they recover that subsidy. In some cases, they end up charging you hundreds of dollars more than you would lay out if you simply bought it outright.

After you add that device to your shopping cart, you then have to select a monthly plan and agree to pay the price of that plan for two years.

And guess what? For the three carriers that dominate the U.S. mobile market, the monthly prices for contract plans are significantly higher than those you will pay if you buy the phone outright or finance the full retail price.

Here are the real prices you'll pay for the three iPhone 6 configurations after you add in those hidden costs. Note that for this chart I ignored activation fees, which can add $30-40 to a phone's price, but are often waived. I included the $10 fee T-Mobile charges new phone owners for a SIM card.

Where do the extra costs come from?

Every carrier offers the option to buy outright or finance by dividing the full price into equal installments over a 20 or 24 month period. Those options come with specific plans.

If you choose the 2-year contract option for AT&T, Verizon, or Sprint, you get a different set of plans. In the case of Verizon and AT&T, buying a phone outright or paying the full price in 20-24 monthly installments qualifies you for per-line discounts that range from $10 to $25 per month.

If you buy the device at the "low" two-year contract price, those discounts disappear. They are effectively finance charges for the device, which need to be added to the down payment of $200, $300, or $400.

For the AT&T Next plans, the discounts are either $15 a month or $25 a month, depending on how much data you pay for each month on the Mobile Share Value plan. The higher discounts kick in at 10 GB per month.

For Verizon Edge, there are similar discounts on the More Everything shared-data plans. If you pay for less than 10 GB per month, your phone qualifies for a $10 monthly discount. At 10 GB and up, you get a $25 discount.

But when you read the fine print, you'll notice that those discounts aren't available for two-year contracts.

Sprint plays the game slightly differently. If you buy a phone outright or finance it at the full price, you can get their $50 Simply Unlimited plan. But when you choose the two-year contract option, you have to choose from two different plans, which start with that $50 charge and then require you to pay a monthly data charge of $20 (for 1 GB of data on the Sprint network) or $30 (for unlimited data).

Over two years, those charges add up.

T-Mobile, to its credit, doesn't play games with plans. If you sign a two-year contract, the full retail price of the phone is divided by 24 and added to your monthly bill.

The biggest irony is that the people who are most likely to overpay by choosing a two-year-contract are the best customers. If you have a shared monthly plan with 10 GB per month on Verizon, for example, you pay $100 per month for the data, plus $40 for your on-contract smartphone. But that smartphone charge drops to $15 if you forgo the contract and simply finance the phone over 20 months.

If you buy the phone on the Verizon Edge program, you pay monthly installments that add up to the full retail price of the phone, $750. But over that two-year period you only pay $15 a month for smartphone access, or $360. The total is $1,110, or $180 less than you would pay with a contract.

Confusing? Hell yes, it's confusing. And the carriers love it that way.

These pricing terms apply to every phone you can buy, of course. But Apple's phones are by far the most expensive on the market. Flagship devices from other manufacturers cost hundreds of dollars less and are regularly discounted. And most other manufacturers have midrange and entry-level phones that cost a fraction of the iPhone's price.

It seems like the best contract deal on paper is for someone buying an iPhone 6 from Verizon with less than 10 GB of shared data. You get a $450 subsidy and you only forfeit a $10 per month discount. Conversely, the more data you pay for at AT&T or Verizon, the more you get screwed by a 2-year contract.

The good news is that these subsidized models are slowly going away, at least in the developed world. In my research, I determined that the best choice for most people who are willing to sign a long-term contract is to choose the financing option. You'll pay less money up front and usually pay about the same or significantly less over the long haul.

But you know what? You can't get an iPhone 6 for $199. And anyone who tries to tell you otherwise needs to go back to smartphone school.