Are our AI devices really listening to our every word? And if they are -- how can we stop them?
Written by Eileen Brown, Contributor on Oct. 4, 2018 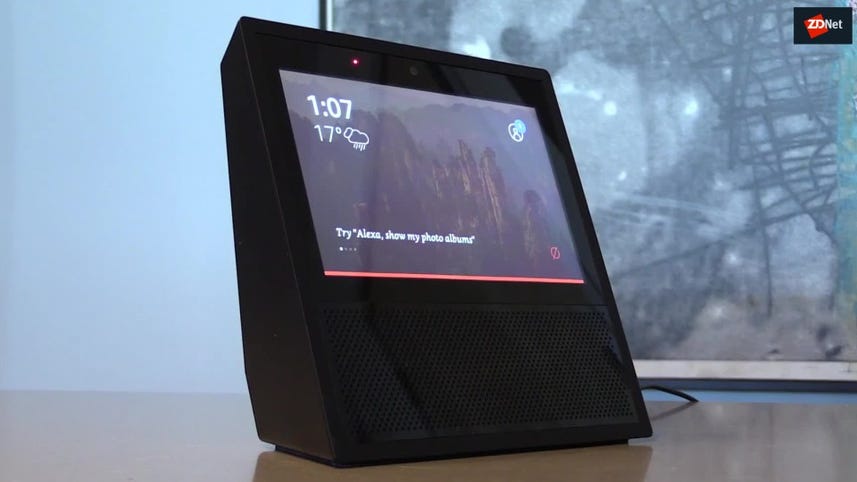 Wake word-enabled AI seems to have become the creepy device in our home and our office. If it is really listening to everything we say, is it blurring our privacy lines?

The problems that have risen in the past seem to have been related to accidental activation of the speech recognizer.

Also: How to change the wake word on your Amazon Echo to "Computer" TechRepublic

Santa Clara, CA-based vision and voice technology company Sensory has created a high-res engine that boasts a 65 percent improvement in wake word accuracy over the previous generation of assistants.

Its sixth-generation TrulyHandsfree AI claims improved deep-neural network training for near- and far-field speech recognition in all room conditions. It uses intelligence about wake word events to discriminate against false positives and avoid 'false fires'.

The AI algorithms can anticipate a variety of factors associated with wake word performance. This includes understanding how one person, or a population of people, may pronounce a certain wake word.

Also: Siri, Alexa or Google: Which voice helper is best for you? CNET

The AI keeps the speech recognition engine turned off until triggered by an enrolled user who has used voice biometrics to verify, authenticate, and connect to the device.

The AI has to hear the wake word, and confirm the user's voice biometrics, ensuring only enrolled users can access their voice activated devices. It also allows households to set user restrictions, and lets the AI assistant know who's talking.

Users can enroll their voice and their own custom wake word or passphrase, restricting unauthorized users from accessing the voice user interface.

Even if an unauthorized person learns the custom wake word or passphrase, the voice biometrics technology will recognize that it's not the enrolled user speaking and not authenticate them.

Also: The next wave of digital assistants: How AI will democratize helpers for the elite

This allows device makers to create new products with a user-friendly voice interface that works with more than one digital assistant technology.

Todd Mozer, CEO of Sensory said: "In ideal conditions, an always-listening wake word recognizer should only wake the voice UI when it hears the wake word, and never false fire".

With this technology I can finally stop whispering when I am near my assistant and put it to much better use.