CIO Strategies: Not every idea is a good one, but there are better ways of rejecting them than just saying 'no'.
Written by Mark Samuels, Freelance Business Journalist on Oct. 26, 2017 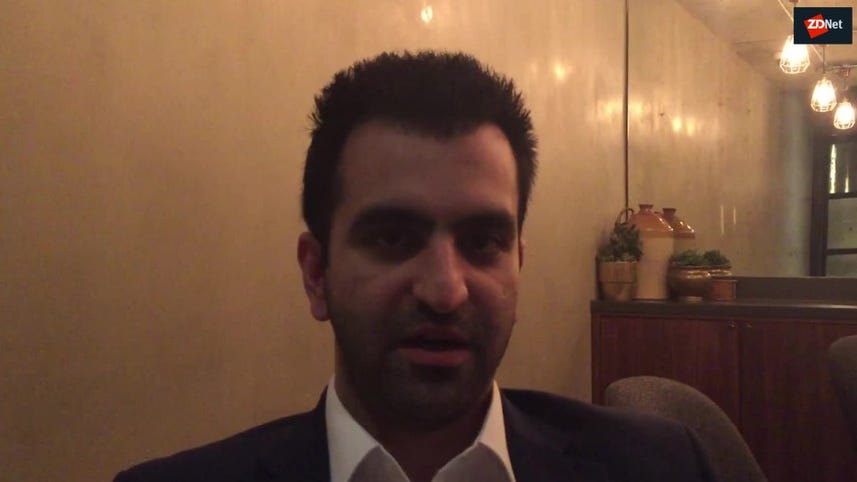 Modern CIOs hear an awful lot about the importance of engagement, but partnerships are a two-way street. Sometimes you need to tell people -- whether that's someone on your team, a line-of-business peer, or your boss -- that their idea won't work. What's the best way to tell people they're wrong? ZDNet hears from five CIOs.

Juan Perez, CIO at UPS, says executives must tell people when they're wrong, regardless of level. At the same time, Perez says relaying this information is a sensitive task. "The worst thing that can happen is that you come across as someone that is not respecting and valuing their opinions and views," he says.

Perez says there is a tradition in business where IT organisations are viewed as being difficult to deal with. In these cases, technology professionals are not keen to accept views from people outside the IT department. Perez has a completely different philosophy.

"I think we need to have an open door and listen to everyone's ideas," he says. "Some idea will make it, others will not. It's important to let people know quickly when their idea is unlikely to work for the company and will not be a priority. But you need to do that in a way that does not stop people from continuing to come to IT with solutions to business challenges," he says.

UPS employs 440,000 staff and Perez recognises those people work on the front line every day. "These individuals understand our business very well and, in many cases, the best ideas will come from people across the organisation," he says.

Brad Johnstone, head of ICT at Ayrshire College, recognises that telling people they're incorrect is a challenge. He believes the ability to phrase things correctly is crucial. "I've learnt over the years that, if you must tell someone they're wrong, also give them another option or another route," says Johnstone.

He says managers often find people are unwilling to accept 'no' as an answer. If there is a negative, individuals look for strong explanations and reasons. The careful management of expectations can be difficult for CIOs, especially when they need to lay down the law to people outside the IT department.

"That can be tough because everyone feels they're an IT expert now due to the consumerisation of IT. Education is a complex sector -- we hold, for example, a lot of information about our students and we also undertake research. These activities create a lot of demands on the network, particularly in terms of information security," he says.

Senior executives are given the chance to lead organisations because they are prepared to make tough choices. Yet Brad Dowden, CIO at recruitment specialist Airswift, says C-suite leaders can sometimes be a bit too blunt. Executive should always take time to listen to alternative perspectives, even if they are unconvinced by the argument.

"Listen to everyone's viewpoint and understand their ideas. Then talk through their perspective, and your standpoint, and try and find a common ground. Rather than saying someone is wrong, it's better to bring them on a journey," he says.

"You can rarely say from the outset whether someone is right or wrong. I never tell anyone they're wrong straightaway -- as a leader, you can't be right all the time and no person can be expected to know everything. So, work things through and get to a point where everyone feels their perspective has been considered."

4. Ensure your staff members have the right kind of mind-set

Wrong decisions can have a big impact in the fast-paced retail environment. Renaud de Barbuat, group CIO at retail giant Carrefour, says there is no room for complacency because the bar on service is rising every day. "Modern customers are voting with one click," he says.

People in the technology team must be team players, says de Barbuat, who believes success is always a group effort. "As an IT professional, you must relentlessly focus on performance," he says. "You also need the right mind-set to deal with constant change."

This attitude, says de Barbuat, must be centred on agility. Modern IT professionals need to experiment, to test and learn, to change and -- if need be -- to start all over again.

"Flexibility is key because all the parameters of business are changing constantly. At the same time, the quality of execution remains crucial. How you execute your changes, while also maintaining operational excellence, will dictate how successful you are in the digital age," says de Barbuat.

5. Be prepared to support and cajole people

IT leaders can draw on a significant amount of management literature to help ensure workers are led effectively. However, former CIO turned consultant Andrew Marks says there can be big difference between textbook best practice and business reality. "If someone is wrong, you've got to explain why," he says.

Marks, who was formerly CIO of Tullow Oil, says discussion, followed by reconsideration, is crucial. As a first route, he says managers should talk with individuals about why they think their ideas are wrong. Then they should ask these individuals to reconsider their standpoint and to provide an alternative.

"You have to explain to people that business involves a journey with many ways of approaching a challenge," he says. "Most IT leaders don't want to be presented with a single option -- instead, they want their team to generate a range of potential business cases."

Marks says IT professionals tend to stick to their areas of expertise. When presented with a business challenge, hardware, applications, or security specialists will focus on their field of knowledge, rather than taking a wider business view. Marks says CIOs hold this broader outlook and should use their clarity to help direct staff.

"The role of an IT leader has to be about supporting and cajoling," he says. "Commending individuals on their original thought, while also providing additional direction, is often the right way. Ask people to think about an alternative way of dealing with the problem that might provide more business benefits."

How digital transformation is reshaping the IT budget: The journey of 3 CIOs

Digital transformation is changing how many companies approach work, and is impacting their budget as well. Here are three case studies on how this trend is shifting IT budget priorities.