By Zack Whittaker for Between the Lines | September 16, 2013 | Topic: Mobility

HTC has confirmed it will cut a number of staff at its U.S. offices.

The phone maker said in a statement that the cuts were a "decisive action" by HTC to "streamline and optimize [its] organization and improve efficiencies after several years of aggressive growth." 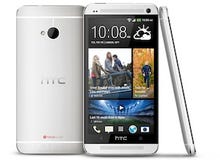 The news was first reported by The Verge on Friday, and later confirmed by AllThingsD on Sunday.

No details were given on the number of layoffs the company plans to make, let alone the kind of employees that will be cut. Sources familiar with the matter speaking to AllThingsD said about 30 jobs were cut, while executives retained their positions.

"This is a hard decision that has direct impact on people who have contributed to the growth HTC has experienced the past several years," the statement read. "However, to achieve our long-term goals as a business and return maximum value to our shareholders, this is a necessary step to drive ongoing innovation, ensure our ability to create strong products like the HTC One, and forge strong customer relationships that solidify our future."

HTC has struggled financially for the past few quarters, after delays have marred the firm's efforts to dish out a smartphone that grabs the eyes of the consumer market.

The company saw a 70 percent fall in net profit during its 2012 first quarter. Its revenue has fallen by shy of 35 percent compared to the same period a year ago, with the company still reeling from a painful January where revenues fell by almost 50 percent. And it also said it was  facing gross margin challenges  due to the high cost structure of its flagship smartphone HTC One, which was delayed getting out of the door.

After years of strong sales momentum, the company suffered a recent dropoff in sales. Many high profile executives, including its chief operating officer , have also left the firm.

In spite of a flashy advertising campaign capitalizing on the face of  one of the Internet's favorite stars , the company continues to struggle in the face of the competition.

By Zack Whittaker for Between the Lines | September 16, 2013 | Topic: Mobility