Infosys has paid a US$34 million settlement with U.S. authorities, following allegations of visa abuse.

It reached this settlement after federal prosecutors in Texas charged it with "systemic visa fraud and abuse" when bringing temporary workers from India for jobs in American businesses using temporary visas instead of the more expensive work permits.

However Infosys has denied and disputed the claim of systemic visa fraud. The settlement is the largest ever in a visa case.

"Infosys denies and disputes any claims of systemic visa fraud, misuse of visas for competitive advantage or immigration abuse. Those claims are untrue and are assertions that remain unproven," Infosys said in a statement.

It added: "There were no criminal charges or court rulings against the company. Furthermore, there are no limitations on the company's eligibility for federal contracts or access to U.S. visa programs as a result of the settlement."

According to Infosys, only 0.02 percent of the days that Infosys staff worked on U.S. projects last year were performed by people on B-1 visas.

Settlement in line with expectations

Earlier it was anticipated that they would  have to pay around US$35 million (INR 215 billion) fine today according to WSJ.

WHAT ARE H-1B VISAS?

H-1B visas are temporary visas that allow foreign nationals to work in the United States on short-term projects, for longer-term work or as a prelude to a green card (permanent residence). H-1B status is generally good for up to 6 years (with a renewal after three years).

A reason H-1Bs visas are economically important is that without such visas skilled foreign nationals generally could not work or remain in the United States.

Infosys had acknowledged receiving a federal grand jury subpoena seeking records related to its sponsorships for B-1 business visas and its use of them, according to an October 11 filing, which said it had reserved US$35 million for a settlement tied to the probe.

Infosys was accused of giving workers visitor visas instead of work visas with the former being much easier and cheaper to obtain than the latter. According to the Times of India, an American manager formerly employed by Infosys disclosed that this was happening, which resulted in investigations from the Justice Department, Homeland Security, and State Department amongst a discussion of how India was stealing American jobs.

According to the report by WSJ, Infosys is alleged to have got around the growing visa road blocks that some of the sections in India perceive as a trade barrier. The U.S. usually issues just 65,000 H-1B visas a year for skilled long-term guest workers visiting for up to three years.

According to the New York Times, Federal investigators had found extensive omissions and errors in the hiring records Infosys was required to keep for its employees. That allowed thousands of Indians to continue working in this country after their visas had expired, according to the documents.

The lead prosecutor in the case, Shamoil Shipchandler, an assistant U.S. attorney in the Eastern District of Texas, said he could not comment on the settlement before a news conference scheduled for Wednesday in Plano, where Infosys has offices that handle its visa applications.

H-1B visas have steadily become much more expensive over the years with prices ranging up to US$5,000 per visa, including filing and legal fees, as domestic lobbying has soought to stop cheaper foreign workers from grabbing jobs in America although the U.S. labor department has tried to bring about uniformity in wages.

Generally, the H-1B workers have to be paid locally in the U.S. and their employers withhold federal and state income taxes, and social security payments. If the employees return to India in less than ten years (or 40 quarters), they lose the money they have paid into the social security net. 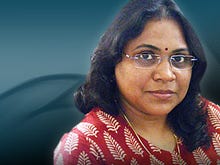 But often the employees prolong their stay with visa extensions and by defecting to a local U.S. employer and applying for permanent residency.

To get around these problems, Infosys is said to have sent workers to the U.S. with a B-1 visa on which there is no cap, which can obtained easily, and which costs only US$160. B-1 visa holders are also paid from their home country in this case, in rupees and don't have to pay taxes or social security contributions in the U.S.. But U.S. rules mandate that the B-1 visas are intended only for foreign nationals who come to the U.S. for purposes such as attending business conventions and consulting with business associates.

It is alleged that Infosys managed to undercut its rivals in bidding for work on U.S. soil. This comes amid an on-going debate in which U.S. interests complain that companies like Infosys are gaming the visa system by bringing inexpensive labour on to the U.S. soil, from abroad on B-1 visas for long-term stays, rather than employing more expensive local workers.

"The company's use of B-1 visas was for legitimate business purposes and not in any way intended to circumvent the requirements of the H-1B program," the Bangalore-based company said in its statement.