At the end of what looked like a blog post simply celebrating Intel's 40-year anniversary of the launch of the first x86 processor, the Intel 8086, is a potential warning from the chip maker for those looking to emulate x86 on various processors. 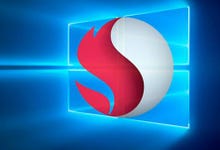 Microsoft will bring a natively compiled version of Windows 10 to Qualcomm's ARM processors next year, plus an x86 emulation layer, designed to run on a new class of Windows 10 mobile PCs.

The timing of the June 8 blog post is interesting, given Microsoft and Qualcomm have stated their intent to provide x86 emulation on coming Windows 10 on ARM-based PCs. Microsoft has yet to start testing publicly its Windows 10 on ARM release, but officials said recently that the first Windows 10 on ARM PCs are expected from OEMs like HP, ASUS, and Lenovo sometime soon.

"There have been reports that some companies may try to emulate Intel's proprietary x86 ISA without Intel's authorization. Emulation is not a new technology, and Transmeta was notably the last company to claim to have produced a compatible x86 processor using emulation ('code morphing') techniques. Intel enforced patents relating to SIMD instruction set enhancements against Transmeta's x86 implementation even though it used emulation. In any event, Transmeta was not commercially successful, and it exited the microprocessor business 10 years ago.

Only time will tell if new attempts to emulate Intel's x86 ISA will meet a different fate. Intel welcomes lawful competition, and we are confident that Intel's microprocessors, which have been specifically optimized to implement Intel's x86 ISA for almost four decades, will deliver amazing experiences, consistency across applications, and a full breadth of consumer offerings, full manageability and IT integration for the enterprise. However, we do not welcome unlawful infringement of our patents, and we fully expect other companies to continue to respect Intel's intellectual property rights. Strong intellectual property protections make it possible for Intel to continue to invest the enormous resources required to advance Intel's dynamic x86 ISA, and Intel will maintain its vigilance to protect its innovations and investments."

I asked Intel if its post was intended to be a warning shot across the Microsoft/Qualcomm bow. A spokesperson's only response, was an emailed statement from Steve Rodgers, Intel executive vice president and general counsel:

"Intel respects intellectual property rights and we expect others to do the same. x86 technology is both proprietary and central to our business, and we're concerned any time it appears that others may be copying it inappropriately. We will thoroughly evaluate any products that claim to emulate x86 technology, and vigorously enforce our intellectual property rights if we believe they are infringed."

I also asked for comment from Microsoft and Qualcomm officials. As of the time I posted this, there was no word back from either.

"Given our recent announcement with ASUS, HP and Lenovo, we found the blog that one of our competitors published on June 8 very interesting. We look forward to the launch of the always connected Windows 10 PC powered by the Qualcomm Snapdragon 835 Mobile PC Platform later this year. As showcased at Computex 2017 in conjunction with Microsoft, the Snapdragon 835 Mobile PC Platform brings a true always connected PC experience with support for up to Gigabit LTE connectivity and all-day battery life for sleek, thin and fanless designs. This will change the future of personal computing."

That statement does not address Intel's seeming claim that its patents may be infringed by unnamed vendors doing x86 emulation. When I asked Qualcomm for more on that particular piece, the spokesperson referred me to Microsoft. Microsoft has yet to provide comment (as of 1 pm ET).

Update No. 2 (June 9 8:30 p.m. ET): A Microsoft spokesperson also provided a statement that does not directly address anything about IP/patents:

"Customers have told us they want Always Connected PCs, which will deliver great productivity at a great price, and we are confident in our ability to bring these compelling devices to market working with a wide range of partners."

The spokesperson said Microsoft had nothing to share beyond that.

Several years ago, Microsoft built a version of Windows 8 that ran on ARM processors. But that product, Windows RT, did not provide x86 emulation. Intel x86 emulation makes any Windows on ARM release more potentially marketable, as it will allow users who need particular Win32 apps that have not been ported to ARM to be able to run those apps.

So far, Microsoft has not released to testers its promised Windows 10 on ARM variant, though it recently posted a video highlighting Windows 10 on ARM's performance. That video details exactly how the coming x86 emulation on Windows 10 on ARM is designed to work. (The slide embedded in this post above is from that video.)

At Computex earlier this month, Microsoft and its hardware partners touted the coming Windows 10 "Always Connected" PCs -- running both Intel and ARM processors -- that will include support for the built-in LTE/eSIM technology Microsoft is adding to Windows 10. Acer, Dell, Huawei, HP, Lenovo, and MSI also are building Always Connected Windows 10 PCs that will be Intel-based.