Cyber centre gets less money than Perth Blockchain Academy.
Written by Chris Duckett on May 1, 2019 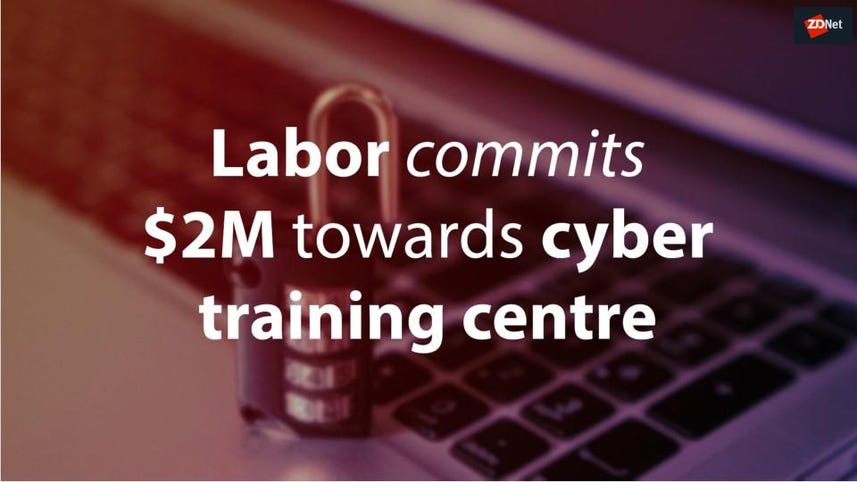 Should it win the May 18 election, the Australian Labor Party has said it would spend AU$2 million on a cyber security training centre at the Kangan Institute, Broadmeadows TAFE.

Retiring Shadow Minister For Skills, Tafe And Apprenticeships Doug Cameron said Victoria had around 85,000 people working in the IT industry, and the money would go towards new hardware and upgrading teaching labs.

"Cyber security has been identified as having a critical skills shortage," Cameron said. "At present, TAFE's offering the Certificate IV are at capacity and unable to take additional enrolments."

Cameron added the money was part of his party's AU$200 million Building TAFE for the Future fund.

Yesterday, Labor had announced a commitment to spend AU$3 million on the creation of Australia's first Blockchain Academy in Perth.

Shadow Minister for the Digital Economy Ed Husic said the western capital was already "flourishing" with blockchain startups and the academy would provide a focal point.

"The Liberal government has failed to tackle major tech skills shortages that are holding back Australian businesses," Husic said.

"Labor wants to address this, investing in Australians to develop job skills that are in high demand now and into the future."

Once the Academy has proven itself, the model could be rolled out in other places around the nation, Husic said, and is an example of how Labor is supporting "the evolution of the nation's digital economy".

Last month, Labor reiterated that it would stand up a National Centre of Artificial Intelligence Excellence at a cost of AU$3 million with a further AU$1 million from the Victorian state government.

"Australia needs a Centre like this to draw together thinking and AI related work across the country and put it to work for our economy and community," a statement from Shadow Treasurer Chris Bowen said.

"Importantly, we need to ensure we unite business, unions, and governments on this, thinking ahead about the impact of AI and making sure everyone benefits."

In a scorecard prepared by Digital Rights Watch released on Thursday, Labor party picked up third-lowest place, narrowly beating out One Nation and the ruling Liberal-Nationals Coalition as being the party with the lowest score.

Topping the survey was Pirate Party Australia, followed by the Australian Greens, and the Liberal Democrats.

By voting for the legislation, Labor helped to put Australia's encryption laws and metadata retention scheme into place.

Opposition party claims government is holding back Australian business by not embracing blockchain.

Labor has reminded voters of its plans to open a National Centre of Artificial Intelligence Excellence if it assumes government next month, flagging Melbourne as its home.

Labor will invest AU$245m in regional telco programs if elected

Labor's promises have mirrored the Coalition's, with AU$160 million to go to the mobile blackspots program and AU$60 million to work on Connected Community Plans with state, territory, and local governments.

Labor to push blockchain in government despite DTA reservations

The DTA considers it over-hyped, but Data61 is bullish on the long-term application of blockchain and Shadow Minister for the Digital Economy Ed Husic agrees.

Labor faces reality on NBN but the dream died long ago

Liberal party may crow that its version of the NBN won out, but that's because it oversaw the network for most of its life.