Lenovo's budget Windows 10, Chromebook rival: But is $299 A12 an Android tablet or laptop?

Lenovo's budget Android Yoga A12 continues to blur the boundaries between tablet and laptop, taking a few design cues and features from the firm's widely praised Yoga Book, including its touch-based keyboard.

Lenovo rethought inputs on the Yoga Book tablet, which launched last September with Windows 10 or Android, and achieved a slimmer design by eschewing physical keys for a blank slab housing a touch-screen keyboard and stylus input.

The same touch-based keyboard can be found on the Yoga A12, minus the stylus input. Lenovo says the keyboard features haptic feedback and adapts to the user's typing habits over time.

Essentially, the Yoga A12 is a larger but cheaper cousin to the Yoga Book, lacking a Windows 10 option. Like the Yoga Book, the 12.2-inch display Yoga A12 features 360-degree hinges to switch between a slate mode for watching Netflix, or positioning the display upright for work mode.

At $299, the Yoga A12 sits in the same price bracket as Chromebooks from Acer and Samsung. However, as Lenovo notes, this device is aimed at people whose first computing experience was on an Android phone or tablet and who don't see Android as a hindrance to productivity.

Users would also benefit from having a similar experience across phone, tablet and PC form factors, while enjoying access to the millions of apps in the Android ecosystem.

Specs-wise, the Yoga A12 isn't as powerful as the Yoga Book, but is what one could expect for the price. It features an Intel mobile Atom x5 processor with 2GB RAM and 32GB or storage, compared with the Yoga Book's 4GB RAM and 64GB storage. Lenovo says the device will last 13 hours on a single charge.

The Yoga A12 will be available starting February 8 in grey or rose gold. 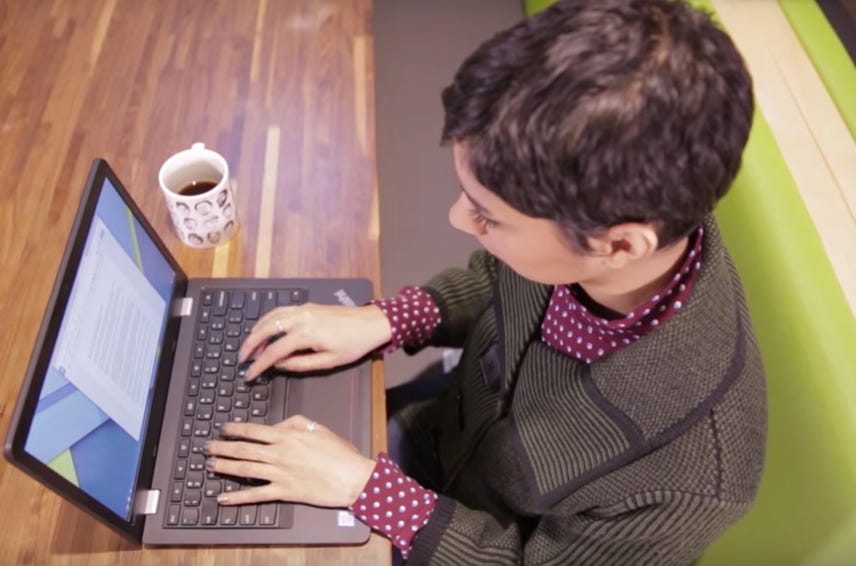