Just as technology itself is undergoing rapid transformation, so is the role of the CIO. Technology chiefs are under pressure to deliver results quicker than ever before and are under threat from the decentralisation of IT implementation decisions to other c-suite executives, such as the CDO and CMO.

So, what should IT leaders do in terms of career development? Should they focus on their own positions, consider other c-suite executive roles, or should they look at other areas, like interim management and consultancy?

More to the point, how can CIOs make sure they are best placed for the changes and challenges they will face during their careers? Three IT leaders talk about their experiences and offer best practice advice for other CIOs.

1. Keep one eye on your career and look to expand your options

Said Business School CIO Mark Bramwell has only been in his job a couple of months, having previously led IT at the Wellcome Trust for eight years. A career change, therefore, is not at the front of his mind. "I'm excited about where I am today and I'm hoping I'll be in this role for a long time to come," he says.

However, Bramwell also recognises that leading executives must always keep one eye on career development. He says there are three main options for CIOs who are considering their long-term career path. 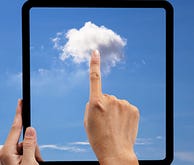 The first option involves expanding his or her business awareness, possibly by moving into an operating chief role. Bramwell says that move does not necessarily have to mean working for a large firm. Such a COO position could be held at an SMB, where technology underpins and spans the entire organisation.

A second option for CIOs is a move into a CDO role, although that transition will not be right for all executives. "Unless you're working in an industry like media or marketing, a lot of organisations will not have a pure digital presence," says Bramwell. "You'll need a wide breadth of knowledge to be successful in the CDO role."

A final option for IT leaders looking into a career change is to take on a consultancy position. Bramwell, like many of his peers, recognises that experienced CIOs can provide a valuable and marketable resource in terms of their broad awareness of IT and business matters, including strategy.

2. Get your focus straight and fill any skills gaps

Former Tullow Oil CIO Andrew Marks says the short history of the CIO role, at least when compared to other senior c-suite roles, creates specific challenges for IT leaders who are keen to develop their careers. In such an immature leadership position, career steps tend to be more frequent. One coping strategy, says Marks, is for CIOs to get their focus straight.

"When the time comes for a CIO to make the next step, he or she needs to be clear about his or her strengths and skills gaps," says Marks. "If a period of time is expected between roles, this is a perfect opportunity to fill those gaps. Be aware that the gaps are not always obvious until you start looking at job specifications, or if you take extra time to read up on what is happening outside your own company or industry."

Marks says skills gaps can be filled through practical experience in an interim placement. Peer engagements can also be crucial, such as through active networking and discussion. Marks says CIOs who are looking to build up their knowledge and experience should ask a key question: "What do you want to be known for?" he says.

"Over the course of a career, CIOs will develop either breadth or depth in certain skills - and, when it comes to getting your next job, it is then a matter of matching your profile to that needed by the recruiting organisation," he says, before suggesting that operational concerns will also always be important.

"Any CIO is going to be expected to deliver rock solid systems reliability, whatever the quality being inherited. Having a story at your interview for how that might take place, whether it is via in-house IT, outsourcing, people-focussed programmes or a lift and replace approach, will be a key aspect for any technology leader looking to secure their next role," says Marks.

3. Make a name for yourself and market your brand

Ian Cox has regularly switched between permanent CIO roles and temporary consultancy positions. He says the transition is partly deliberate, as IT leaders - who spend too long in a specific industry - can become pigeonholed. As a consultant, Cox has gained experience across a broad range of industries and has made a successful transition to working independently. 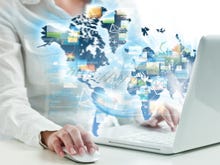 His first piece of advice to other CIOs considering a move to consultancy is simple: "Try writing a book," he says. Cox says he uses his self-penned and well-respected guide to modern technology management, Disrupt IT, as his calling card.

He says the idea to write a book came from a former colleague at a big-brand company, who used a similar approach when entering consultancy. "A book is unlikely to make a fortune but it does raise your profile," says Cox, who is now employed to train executives, to speak at events, and to lead round table discussions.

"When I give presentations, it's often the non-CIOs who come over for a chat. They're keen to hear from an IT executive that doesn't just talk about technology. If you can think in business terms, then you're an access point to a new way of thinking."

So far so good, then - but does Cox prefer his ne found role as an independent consultant to that of a full-time CIO? "You can become envious of IT leaders who are running truly transformative IT projects," he says honestly, referring to his engagements with leading executive at big brand firms.

"If you're trusted by the board, and are doing the right sorts of things with technology, then now is a fantastic time to be a CIO. But to really get the most out of the role, you have to be doing more than simply being a traditional IT director who helps keep the lights on."