LinkedIn to IPO in 2010? Facebook to Find a Business Model?

Despite the claims from LinkedIn that an IPO isn't imminent, I wouldn't be surprised to see that happen in 2010. Facebook on the other hand would appear to have a battle on their hands to get a credible business model organized for the IPO markets.
Written by Oliver Marks on Dec. 29, 2009 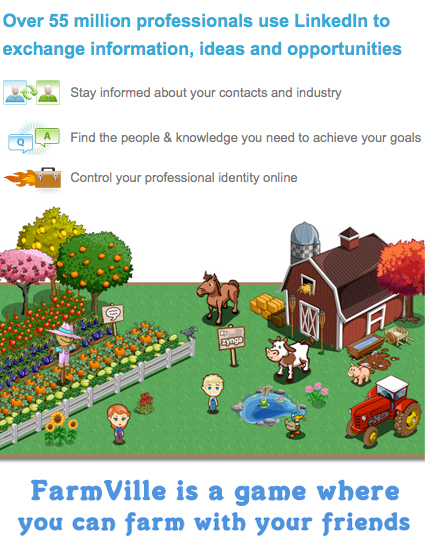 Despite the claims from LinkedIn that an IPO isn't imminent, I wouldn't be surprised to see that happen in 2010. Facebook on the other hand would appear to have a battle on their hands to get a credible business model organized for the IPO markets.

After lagging behind Facebook in the extensibility stakes LinkedIn now has a whole raft of connectivity partnership deals from Twitter to BlackBerry to Microsoft, and a site which appeared to be losing touch during the frothy social media hoopla eighteen months ago now looks like the king of business networking sites again, at least in North America.

It's easy to find people debating specific topics within LinkedIn groups which are contextual to your business needs, and the algorithms they are using to find appropriate FOAF associates is working well. I'm sure the site will be getting quite a work out over this holiday season as people track what is going on professionally with former, existing and possible future peers, friends, enemies and rivals, as profiles are updated and career desires for the new year are articulated.

Compare this with the Farmville updates and drunken party photo strewn world of Facebook, and the contrast is increasingly stark. What's interesting here is that there used to be clear use cases a couple of years ago for the two sites - Facebook : personal friends, LinkedIn: business associates - which got blurred as Facebook exploded in popularity arguably due to their greater interoperability in comparison to the old LinkedIn silo.

LinkedIn have come on in leaps and bounds in 2009 and still have 76 million in D round VC money sitting untouched in the bank during a year where the 'Clue Train Manifesto' conversation got increasingly cannibalized to justify word of mouth marketing exploitation of social networks. This is summed up for me by a cartoon in the English satirical cartoon 'Private Eye' by Dredge & Rigg. 'Social Networking sites allow young people to...' starts to explain a social media geek to a fat cat Director, who interrupts him to jubilantly finish the sentence  '...advertise our products to each other for nothing!'

This may be a little harsh but it's arguably how the outside business world see the whole social networking craze this year, with everyone from teens to grannies piling online to upload personal information and interact. LinkedIn fits the sober business side of a world (hopefully) emerging from a major credit crisis in 2010 - it would be great to see interoperability with European and Asian business networking sites in their future since we live in such a global economy.

There's a clear path to an IPO for LinkedIn to compete and grow on this world stage. Facebook meanwhile appears to be struggling to change your user rules in order to allow commercial exploitation of your personal content and interests as part of their business model, while profiting from time wasting games and gimmicks developers for the rest. I may be missing something her but that doesn't seem a sustainable business model in a marketplace where free channels go out of fashion every couple of years to be superseded by newer shinier ones.

I'm hoping that going forward there will be a clearer distinction between what constitutes an online business network and what is a social playground. The huge growth of connectivity and the rapid blur between computing and telephony is  otherwise going to add an additional layer of complexity  to an already muddled space.

The user proposition is clear on the LinkedIn front page (I took the graphic at the top of this post from there). Apart from Farmville etc, what's Facebook's equivalent proposition as to why you should put your personal information there? 'Facebook helps you connect and share with the people in your life' doesn't really cut it any more...