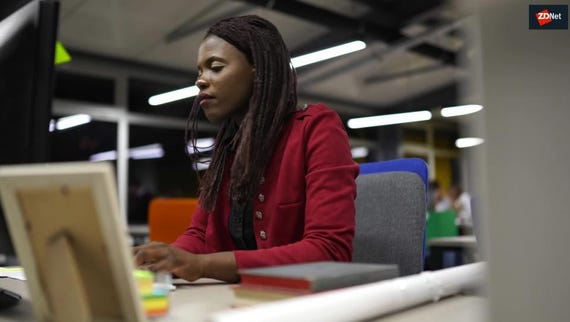 Linus Torvalds has noted the 30th anniversary of the creation of the Linux kernel – while pointing out that those working on the open-source system still have plenty of work ahead of them.

Most outside the tech industry will be unaware that Linux has reached such a milestone, even though the project has had a huge impact on everything from smartphones to cloud computing. Torvalds poked fun at that lack of recognition in his usual Sunday release note for a new stable version of the Linux kernel.

"So I realize you must all still be busy with all the galas and fancy balls and all the other 30th anniversary events, but at some point you must be getting tired of the constant glitz, the fireworks, and the champagne," he said. "That ball gown or tailcoat isn't the most comfortable thing, either. The celebrations will go on for a few more weeks yet, but you all may just need a breather from them."

SEE: That Linux lawsuit: 20 years later, SCO vs IBM may finally be ending

"Because 5.14 is out there, just waiting for you to kick the tires and remind yourself what all the festivities are about," notes Torvalds.

Torvalds hatched the Linux kernel – the core of of today's Linux-based operating systems and components of Windows – in 1991 while studying computer science in Finland.

Linux wasn't originally designed to run on all hardware and was called "Freax", Torvalds' nickname for "Free Unix" that didn't stick and was instead named Linux.

Torvalds had a clear idea of what an operating system should do, including that it ran on virtual machines, which would become the basis for cloud computing. As he noted in a 1997 paper 'Linux: a Portable Operating System', the kernel originally was "extremely PC-centric".

It's not where Linux ended up today, serving instead as the interface between hardware and software used in smartphones, IoT devices, and the cloud.

"The role of an operating system is only to be the interface between user programs who do the real work and the hardware it is to be done on. An OS without viable user programs is useless, and an OS that does not work with the hardware available is likewise pointless," he wrote.

"The worth of an OS is measured in how well it supports user processes, and how well it can implement the services it provides on the hardware. As such, the kernel itself is defined by both the hardware it runs on and the software it supports."

"Of course, the poor tireless kernel maintainers won't have time for the festivities, because for them, this just means that the merge window will start tomorrow. We have another 30 years to look forward to, after all. But for the rest of you, take a breather, build a kernel, test it out, and then you can go back to the seemingly endless party that I'm sure you just crawled out of," he wrote.

Join Discussion for: Linus Torvalds: Get ready for another 30...