Medical marijuana: How IT can spark the budding cannabis industry

This fast-growing but difficult-to-navigate vertical needs IT providers. But how many will cater to a $20 billion industry that the feds consider illegal?
Written by Jason Perlow, Senior Technology Editor on Sept. 20, 2018 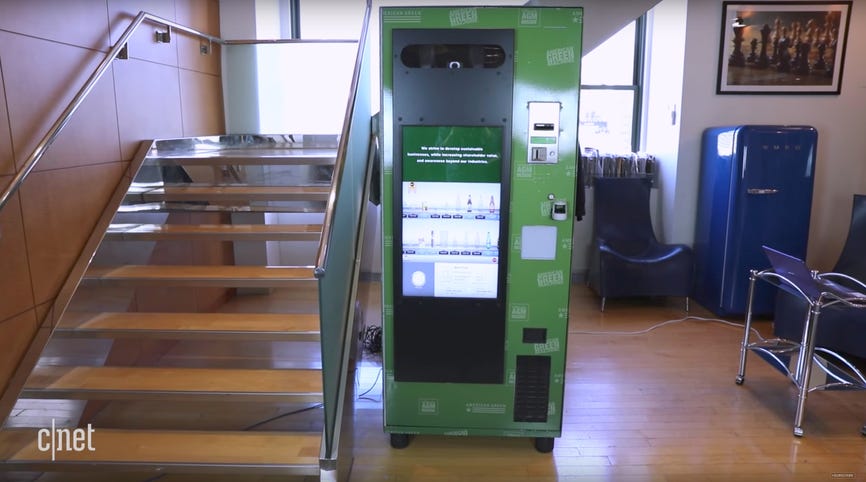 Video: Your next weed hookup could be a vending machine

As a Florida resident, I have been watching with great interest the legalization of medical cannabis in our state and how an entirely new and growing ecosystem of businesses is evolving seemingly overnight since our governor, Rick Scott, enacted the highly controversial and contested Amendment 2 into law back in June.

The US legal marijuana industry, including medical and recreational (for states that have it, such as California and Washington), is expected to be valuated at $20 billion by 2020.

This does not include all sorts of businesses that are indirectly related to the sale of medical cannabis products themselves, such as secondary products involved in the manufacture of food and nutraceuticals, plastics, biofuels and fibers that can be made from the hemp plant. Also not included: Essential consumables manufacturing for the medical marijuana companies such as packaging.

Like any developing vertical market, the marijuana industry will have very specific needs in terms of enabling software, line of business applications, and IT services.

If that $20 billion marijuana sales prediction is even half accurate that means there are still hundreds of millions or even billions of dollars to be made in services supporting medical and recreational marijuana companies.

There's little doubt that the IT industry is going to start to notice the marijuana market as it scales. Just like AMD and Nvidia benefited from cryptocurrency mining, cloud providers--likely to be industry focused--will target marijuana, which is arguably the new Bitcoin.

For instance, Tilray, one of the early leaders in the pot industry, traded nearly $6.5 billion in shares on U.S. exchanges Sept. 19. Tilray closed the session up more than 40 percent, but was up more than 90 percent at one point.

Other pot stocks such as Canopy Growth, Aurora Cannabis and Cronos Group had active trading sessions. If IT giants didn't ponder the prospects for the marijuana industry before they certainly are seeing some market potential now.

I have not closely examined the medical cannabis industry outside my own state, as each has decided to pursue its own path towards legalization. Florida is unique in that we have chosen a vertically integrated market and we have enacted very tight controls on how medical marijuana may be sold and consumed.

What does that mean, exactly?

California, which is perhaps the most permissive state in terms of its marijuana legislation, divides its industry into six discrete activities, which are Cultivation, Manufacturing, Testing, Dispensary, Distribution, and Transportation.

In California, it is possible for a business to be licensed to do all or any part of the above, except for testing, which is considered a separate category from the others, with the intention that testing businesses (those that test marijuana products for genetic lineage and chemical purity/makeup) remain disinterested parties.

California is said to be a horizontal industry in that dispensaries (licensed stores) which sell medical and recreational products can source from a distributor, who buys from a manufacturer that creates medications and products, and in turn buys from cultivators.

Florida, unlike California, is vertically integrated. Medical Marijuana Treatment Centers (MMTCs) are licensed by the Florida Department of Health Office of Medical Marijuana Use (OMMU) to engage in all steps of the process.

MMTCs are highly regulated and strictly controlled businesses and as of now, there are only 12, with plans for 20 by the end of 2018.

An MMTC is licensed to grow the plants, to process the plants into medicines, and to sell them at dispensaries of their own branding and via home delivery services. (Florida does not permit the smoking of the plant material itself; the medical marijuana must be taken orally, topically, or vaped using products made from extracts.)

There is no provision in Florida under HB 307 (2016) and SB-8A (2017) for being a reseller/distributor of MMTCs products. You either do it all as a licensed MMTC, or you do nothing.

The scariest tech of 2017, period, end of sentence

The products that MMTC's are authorized to produce and sell include not just "High THC" formulations with powerful psychoactive and pain-relieving effects, but also CBD-rich extracts and tinctures which have no such effects and are highly sought out by sufferers of PTSD, epilepsy, neuropathic pain, and numerous other debilitating conditions.

Although not psychoactive, CBD -- despite many opinions to the contrary in Florida among fly-by-night health food stores and other retail businesses looking to cash in on the hemp craze -- is illegal to sell unless you are certified by the OMMU as an MMTC and illegal to possess or use as a patient without an issued ID card and number.

So all those CBD creams, oils, pills and tinctures being imported from Colorado and elsewhere that your yoga instructor in Boca Raton wants you to buy in order to achieve wellness? Illegal.

The crackdowns on local businesses by the OMMU and local law enforcement have not come out in force yet, but they will happen. I've heard it straight from the local police.

Yes, the situation is complex and it will be difficult to navigate, but there is still a lot of legitimate, legal money to be made.

TechRepublic: High Tech: How the seeds of innovation will grow a bumper crop of weed startups

Every single step in that legal marijuana supply chain is going to require all kinds of specialized IT services. This includes how these businesses deal in financial transactions because most regular banks that operate at a national level do not want to associate themselves with an industry that is still considered illegal at the federal level.

In Florida, patients are able to transact with MMTCs with CanPay, which uses smartphones and QR codes to direct debit from their bank accounts. It allows CanPay to transact as a 3rd party between the MMTCs and the banks and eliminates the need for cash.

MMTCs themselves will also need specialized software for sales and patient tracking and inventory and supply chain management. And there will need to be specialized clinician software and automation between the OMMU, clinicians and the MMTCs.

Right now, these are all manual processes in Florida. Doctors and clinics manually submit recommendations to an OMMU website for approval, and because the OMMU currently only has 12 staffers, applications can take months to process.

Patients may receive an order for three 70-day supplies before having to visit a doctor again to get re-examined to maintain the use of the ID card and clinicians have to re-submit prescriptions to the OMMU every 45 days for each patient. This amounts to a ton of paperwork that has to be processed.

None of that is automated yet either. Most of the medical marijuana clinics in Florida are working on the card and prescription renewals using Excel spreadsheets.

Patients once approved with an ID interact with an MMTC over the phone to arrange delivery or they go in person to one of the few dispensaries in cities that currently permit them. There is no electronic way for them to buy their medication. There's no "app for that" yet.

While it is possible that existing systems from other industries could be adapted to this task, it is very likely those software companies catering to traditional industries will not want to be associated with MMTCs and other marijuana businesses in other states.

Who is going to build the custom-built solutions? Definitely not the kinds of IT consulting firms you may have heard of, although companies like Microsoft and Amazon who are headquartered in cannabis-friendly Washington State are definitely investing in companies that do these sort of things.

I haven't heard about Google or Oracle or any others based in California that are industry names, but that doesn't mean they aren't doing this under the radar.

What I am sure of, however, is that the medical and recreational cannabis industries will be huge adopters of the cloud.

Amazon AWS and Microsoft Azure may not actively develop software for those industries but you can bet that they will be reaching out to Florida MMTCs and similar companies in other states for hosting infrastructure whereas other hosting providers might turn them away.

It also makes sense for any MMTC or even a certification clinic in Florida to host in the public cloud because AWS, Azure, Google and Oracle have datacenters in marijuana-friendly states.

From a business continuity and resiliency perspective, a public cloud is ideal, because even if you don't use it as your primary datacenter it is a highly cost-effective BCDR target.

Who is going to perform the systems integration for the MMTCs?

You guessed it: Partner companies who know how to implement solutions using cloud-based technologies which will enable these cannabis businesses to act in an agile fashion.

I just don't see these new cannabis companies, who are already concerned about all the investment they have made in growing and processing infrastructure, transportation and dispensary operations will be buying a significant footprint of on-premises junk, especially in Florida where hurricanes like to roll in every year and disrupt everything.

If I was an IT director at an MMTC, I'd be thinking about BCDR fail-over and replication to a public cloud availability zone in the Pacific Northwest. Or California.

And that means, because the big IT consulting shops may give pause to engaging with an MMTC or similar marijuana business, smaller partners who do not have legacy on-prem baggage will be able to capitalize on the opportunity.

The medical marijuana industry is full of green pastures and greenhouses. But the opportunities for consulting services providers with the right set of skills are real and ready for harvest.