The Brazilian government has announced a partnership with Microsoft to train millions of citizens in technology subjects over the next three years.

Under the Mais Brasil (More Brazil) program, a remote education platform developed in partnership with the Ministry of Economy offers 20 courses through the Microsoft Community Training tool, with the capacity to train up to 5.5 million job seekers by 2023.

In addition, Microsoft also donated cloud credits to help enhance the National Employment System and improve job prospects for up to 25 million workers. The solution will use AI to connect people and their skills to relevant job opportunities, and also refer individuals to qualification courses.

At the launch of the initiative on Tuesday (20), Brazilian minister of science, technology and innovation Marcos Pontes, said that skilling the workforce is critical for Brazil's future: "The area of information technology and communications has a very large deficit of skilled professionals. One of our key areas of focus is to attract young people's attention to technology careers," the minister said. 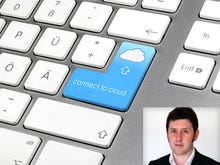 Microsoft was chosen for the partnership due to its willingness to contribute to skilling the population at not extra cost for the government according to Carlos Costa, head of the Special Secretariat for Productivity, Employment and Competitiveness at the Ministry of Economy.

"We have no [financial] resources at the moment. Some companies offered solutions that would be temporarily free and then paid for", Costa noted. In July, Microsoft agreed to reduce prices for products supplied to the Brazilian government as part of initiatives aimed at rationalizing public sector IT spend.

Costa added that the company was also willing to adapt its solutions to cater for sections of the populations that may not have basic education, for example. "Brazil is very specific, the need for qualification starts at the very bottom", he argued.

At the launch of the initiative, Microsoft Brazil's president Tania Cosentino tales about the digitization that has accelerated in the Covid-19 pandemic and the need to reduce the yearly gap of 30,000 technology professionals in the country.

"We have less qualified professionals [in technology] today and we need to help improve the country's education. Attract young people to the STEM careers. Whoever doesn't know how to deal with technology will be obsolete", she said, voicing concerns around Brazil's current standing in the latest Global Innovation Index (GII), published by the World Intellectual Property Organization (WIPO) in September, which highlighted Brazil's challenges in its capacity to attract, train and retain talent.

Brazil appears in the 62nd position in this year's GII. The latest result is an improvement of four positions in relation to last year's report: in 2019, Brazil ranked 66th in the index. However, the country is still far from 47th place achieved in 2011.