Here's a look at the six core themes that emerged at Microsoft Build including Windows relevance, Azure, Dynamics 365, user experience, and digital transformation.
Written by Larry Dignan, Contributing Editor on May 12, 2017 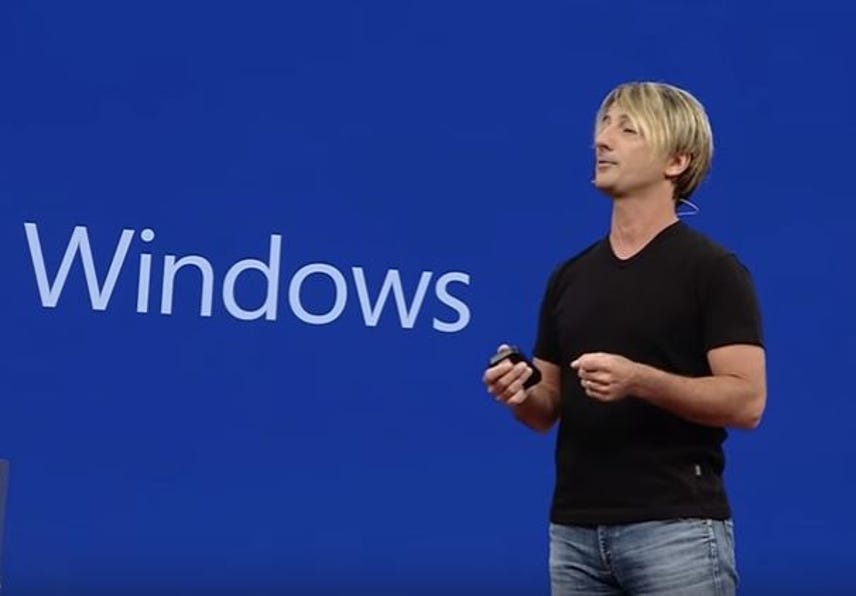 Microsoft's Build powwow has concluded and there were many key takeaways for business technology buyers to ponder.

The big question: What did we learn? Here are six key themes that emerged.

Microsoft conceded mobile and is betting that it can keep Windows relevant by connecting it to Apple's iPhones, Android, and Internet of things devices. CEO Satya Nadella at Microsoft's analyst briefing didn't mention the smartphone once in his opening remarks. However, Nadella said mobility 10 times.

When you say that it's going to be multi-device experiences, then the next logical thing is the data and the AI that's making those experiences rich itself is getting distributed. In fact, you see this, you know, very clearly today in the cloud where people will train in the cloud, using, say, GPUs, take that model, deploy it in the edge to be able to recognize, you know, people, places, things, using even commodity cameras, for example.

In a slide, mobile and cloud first means the following:

You have to squint a bit to find a smartphone in that mix.

Windows relevance will be an ongoing debate for the foreseeable future even though it has 500 million users. ZDNet's Jason Perlow made his point that Windows should die (again), but Microsoft may find a way to continually retool its core operating system as the market and use cases change. In other words, Windows could morph to something more than an operating system.

Microsoft's Azure Cosmos DB is worth pondering for enterprises. Azure Cosmos DB is a globally distributed and multi model database service that comes with service level agreements for high availability. Enterprises will take the SLAs, but it's unclear whether Cosmos DB is much of a threat to Oracle. Azure Cosmos DB can be in the field with a bevy of Amazon Web Services' extensive lineup of databases, which are giving Oracle some fits. Either way, enterprises are likely to look favorably on databases with SLAs.

LinkedIn and Dynamics 365 are integrating with data being the big selling point. If Microsoft is going to get a return on its LinkedIn purchase, it will have to sell a lot of software services across finance, HR, operations, marketing, sales and customer service. Nadella highlighted this slide:

Management expects Dynamics to be spurred by LinkedIn and Office 365, implying tighter integration and enabling the modern professional to access more data than ever. Currently, the Dynamics business is roughly $2B and consistently growing double digits. Management believes the LinkedIn business is continuing to do well with members increasing at a 15% CAGR the past two years to over 500 million while sessions have increased 20%. Management expects that over 70% of the combined revenue from Dynamics and LinkedIn will be SasS in FY18.

Microsoft is looking to scale its design language across all its products. This design language, called Fluent, aims to provide sensory and collaborative experiences with depth, light, motion, and material effects. The approach, shown in part below, is interesting, but difficult to pull off.

Nadella and Microsoft are clearly on the digital transformation bandwagon. Now digital transformation must be one of the most overused terms in technology today. However, there's no denying that the market is huge. Microsoft has the assets to enable a lot of efforts to digitize businesses with Internet of things assets, a cloud platform and a host of end points connected to data and artificial intelligence.

How will this digital transformation be delivered? Via a large vertical sales effort like the ones deployed by enterprise stalwarts SAP, Oracle, and Salesforce.

While Microsoft's roots are in being a near universal IT platform, we think the company is increasingly looking to also verticalize and become an industry-driven solution provider as digital transformation looks to up-end all industries. Case in point, Microsoft talked about more directly targeting front-line workers across retail, hospitality, healthcare, and manufacturing verticals.