Microsoft refines Windows Terminal ahead of its v1.0 release in April 2020.
Written by Liam Tung, Contributing Writer on Nov. 27, 2019 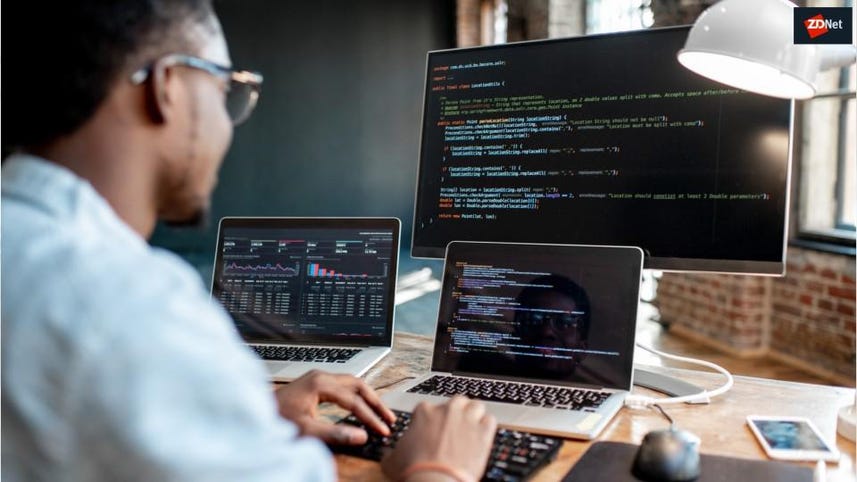 Microsoft has released Windows Terminal preview version 0.7 with a new 'panes' feature that allows users to split the Terminal window into multiple panes and have several command prompts open simultaneously within the same tab.

The key difference with previous versions of Windows Terminal is that before only the default profile could open in the new pane.

Microsoft is getting closer to rolling out v1.0, which is scheduled for release around April next year. Until then, Microsoft will continue releasing new Windows Terminal updates, generally in the last week of each month, but it expects to be feature complete by the end of 2019.

Microsoft released Windows Terminal in June and wants to it to become the tool of choice for developers who use Windows Command Prompt, PowerShell, and the Windows Subsystem for Linux (WSL).

The split-panes feature has several keybindings for splitting, which are included by default. For example, Alt+Shift+-, Alt+Shift+= will split horizontally and vertically.

Users can now also reorder tabs to shift around various command-line tools. But Microsoft notes that reordering tabs when running Terminal as administrator will cause it to crash and the UI of the tab will occasionally disappear when reordering.

There are also several UI improvements, with Terminal ditching its thick border for a "much thinner" one. "The borders are now great," Windows Terminal developers say in the release notes.

SEE: Windows 10: Microsoft unmasks the mysterious 'G' app that stops you shutting down

Windows Terminal users can download the new version from the Microsoft Store or the GitHub releases page.

PCs
Microsoft: These two new tools will help you get ready for Windows 11