Microsoft is prepping users of its Parature customer-care service for the product's end of support.

I missed the May 31 notice that Microsoft quietly posted about the product's pending demise. But I saw a reminder about it on "Koen's CRM Blog" from June 8.

Microsoft bought 100-employee Parature for an estimated $100 million in 2014. Parature was a Microsoft partner with a cloud-based customer-service product that was used by IBM, Ask.com and the US Environmental Protection Agency. Microsoft's plan was to continue to offer Parature as a standalone service, as well as a product integrated with Dynamics CRM on-premises and CRM Online.

By the end of last year, some partners said they were hearing word of Parature being phased out in favor of Microsoft Dynamics 365 for Customer Service. Microsoft told partners that both Parature and Microsoft Dynamic Marketing -- the product it built based on the acquisition of Marketing Pilot in 2012 -- would no longer be available for new sales as of November 1 last year.

On May 31, Microsoft quietly posted a public note to its partners that it was "ready to initiate the migration process of our Parature customers to Dynamics 365 for Customer Service."

Microsoft is committing to provide a data migration tool to help with the move that will be able to migrate accounts, contacts, cases/tickets, knowledge base articles and files. That tool is set to arrive some time "in the coming months," but customers can migrate without it.

Customers have slightly less than a year before the termination. From Microsoft's note to partners:

"Customers may continue to use Parature per the terms of their agreement, and it will be supported until either their migration has been completed, or until May 15, 2018, at which point all support for Parature ends and the service will be terminated. Customers who choose not to migrate will have 90 days after the service is discontinued on May 15, 2018 to retrieve their data."

In other Dynamics 365-related news, Microsoft has begun offering in technical preview form its new human resource app called Dynamics 365 for Talent. This app will integrate with LinkedIn Recruiter and provide a consolidated HR profile, spanning Office 365, Dynamics 365, and LinkedIn profiles. Officials have said to expect Talent to be available in July..

As previously reported, Microsoft is building its own human-capital-management software applications, including talent management. 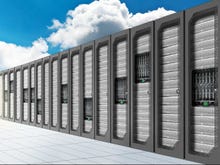 Join Discussion for: Microsoft to drop support for Parature customer-service...