Microsoft's enterprise prospects with Windows 8 are front and center as Gartner has questioned the corporate uptake. In a nutshell, Windows 8 could be a win for consumers and a non-starter for the enterprise.

The reality is likely to be somewhere in the middle. Overall, Windows 8 is a play on consumerization---just as Gartner noted---but the experience won't be so hot for desktop users .  As Ed Bott highlighted , Gartner's track record can be spotty---especially with Windows---but the consumerization argument doesn't strike me as a big reach. Windows 8 is about the tablet and then the desktop. Corporations are just getting around to Windows 7.

Our enterprise products and services remain a top priority for CIOs as they navigate macroeconomic challenges. They are adopting our solutions for increased productivity, manageability, and security, at an overall lower total cost of ownership.

Windows 7 and Office 2010 both reached new milestones, as enterprises benefit from our business desktop offerings. Today over 50% of enterprise desktops worldwide are running Windows 7. And software assurance attach rates are at an all-time high. And even two years after launch, Office 2010 attach continues to grow, as businesses make long term moments to the Office platform.

Another way to read that passage is that half the corporations are still screwing around with Vista or Windows XP. I know of countless companies that are phasing in Windows 7 based on corporate PC upgrade cycles that have been stretched to ridiculous time frames. Simply put, many corporate PCs---at real blue-chip companies---are barely usable because they are so outdated. Is anyone measuring the productivity hit?

Let's get real: Reality would dictate that corporations next upgrade after Windows 7 will be Windows 9, not Windows 8. Why?

There are multiple nuances and user behavior items with Windows 8 to ponder and the enterprise is slow to move. A Windows 7 to Windows 10 scenario six years from now isn't out of the question. We've spoken to a few CIOs in the Windows 8 early adopter program. Generally speaking, these CIOs like Windows 8 and see the connections to tablets, smartphones and PCs. However, there are new ways of working and that may require training. That fact may cause some consternation on the corporate Windows 8 upgrade cycle.

Among the things we're hearing:

In other words, Windows 8 can work in the enterprise, but are corporations going to spend on multitouch monitors, new PCs and tweak workflows to get the most out of the interfaces. Given that corporations are clinging to outdated PCs that barely work, color me skeptical. 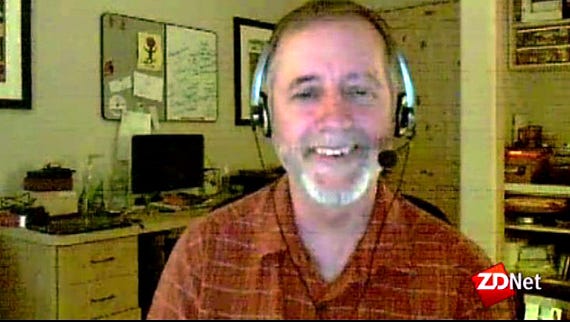 The Countdown to Windows 8
Watch Now

Windows 8 can be a total gem on the desktop, but corporations aren't going to move quickly. They simply have other projects prioritized. Office may be adopted for collaboration and hooks into other services. Windows 8 will take time---so much time that Windows 9 is probably a more realistic corporate story.