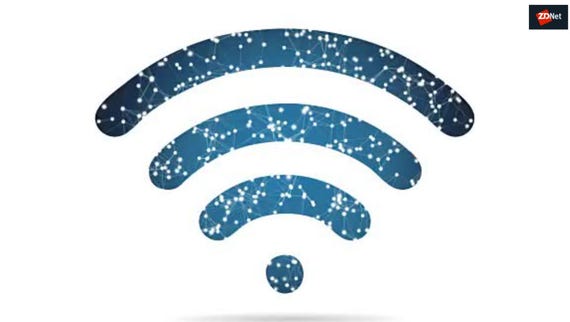 Video: Worth the wait? Wi-Fi getting major security upgrade for first time in 15 years

Last year, the German government changed the law in an attempt to encourage more people to open up free, open Wi-Fi hotspots. However, a new ruling from the country's Federal Court of Justice may have the opposite effect.

The change in the Telemedia Act, which was made last October, finally removed the third-party liability of open hotspot operators for copyright infringements on their networks, while also absolving them from having to pay expenses for claims by rights holders.

However, the amendment said rightsholders could still demand that the hotspot operators use reasonable and proportionate measures to stop copyright infringements, such as blocking certain content or services, as a last resort where it's impossible to identify the person who's actually behaving badly on the network.

On Thursday, the Federal Court -- Germany's highest court apart from its constitutional court -- issued its ruling in a case that has been running since 2013. The defendant was running five open Wi-Fi hotspots and someone used the connection to download a copy of the game Dead Island.

The holder of the game's rights sued the man, who had previously been warned twice about people file-sharing over his connection, and a district court sided with the rightsholder. Then the defendant lost an appeal over his liability for the copyright infringement, on the basis that he didn't prevent people from downloading things they shouldn't over his connection.

The Federal Court overturned that ruling, because last year's law change means the hotspot operator can no longer be held liable for the infringements on his network -- he still has to pay the rightsholder's costs for sending him a complaint, though, as that's what the law at the time said.

However, the court also said that it was in line with EU and German law for the rightsholder to demand that the hotspot operator block people from infringing copyright over his network. And this is where the ruling went further than the German law, saying the measures may go beyond content or service-blocking to "include the obligation to register users, to encrypt access with a password or, in the extreme case, to block access altogether".

This, the court noted, is in line with a ruling from the EU's highest court in late 2016 -- the so-called McFadden decision, which also related to a German case. In that ruling, the Court of Justice of the European Union said rightsholders could demand that hotspot operators secure their networks, even though its advocate general had previously advised that such a requirement would restrict free expression and "could be a disadvantage for society as a whole".

The German Federal Court has now thrown the Dead Island case back to the Düsseldorf Higher Regional Court for a new hearing, which should establish what sort of blocking measures are actually required here. But in the meantime, the situation is as confused as ever for potential hotspot operators.

Eco, Europe's largest internet industry association, warned about this uncertainty at the time of last year's law change, and it said on Friday that its fears had been confirmed.

"Eco has brought attention to the problem in the past, and criticized the draft amendments to the Telemedia Act, calling for improvements to be made," the association said in a statement. "This decision now means that blocking will remain a problem, especially for users. The judgement creates new legal uncertainty for Wi-Fi operators, and will prove a disservice for the spread of public Wi-Fi in Germany."

Setting up a multi-vendor mesh network used to be impossible. It won't be for much longer... we hope.

Qantas adding in-flight Wi-Fi to one aircraft per week

More than 30 percent of Qantas' domestic fleet has been fitted out with on-board Wi-Fi connectivity at a rate of around one aircraft per week, the airline has revealed.

Stuck in a wi-fi and broadband blackspot? Your local church spire could be the answer

Whether you listen to podcasts while you garden, or have smart gadgets in your backyard, you're going to need Wi-Fi out back.

To ensure safe browsing, users must keep routers and connectivity updated. Here are five easy ways to check your devices.