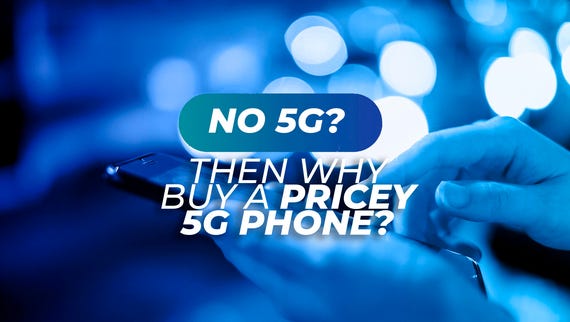 The security of 5G networks is currently the hottest of topics, but beneath the political headlines there's plenty of activity centred around the regular business opportunities offered by the next generation of mobile technology.

A10 Networks -- a supplier of high-performance 5G Gi/SGi-firewall, GTP firewall, DNS firewall and integrated DDoS mitigation services -- is one company pursuing those opportunities. That's why Gunter Reiss, A10's VP of worldwide marketing, recently sponsored "an independent survey around 5G among the world's largest network operators" to assess how the market is developing. 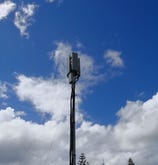 The race to 5G: Inside the fight for the future of mobile as we know it Why 5G could be the last standard we ever need.

The survey was conducted by the Business Performance Innovation (BPI) Network and is the basis for a report, 'Securing the Future of a Smart World', which is released today. The survey population comprised 145 IT and business leaders at communications service providers (CSPs) around the world (44% North America, 29% Europe, 17% Asia Pacific, 6% South America, 4% Middle East).

Key findings are that over half (54%) of CSPs are either 'Well along in pilot testing and trials' (28%) or 'Moving rapidly toward commercial deployment' (26%). More than two-thirds (67%) will deploy their first commercial 5G networks within 18 months, while another 21 percent will do so within two years. The vast majority (94%) of respondents expect growth in network traffic, connected devices and mission-critical IoT use cases to significantly increase security and reliability concerns for 5G networks.

Heading up those security concerns is advanced DDoS protection to address larger and more sophisticated attacks:

Describing himself as "one of the biggest proponents you can find of 5G," Reiss spent 21 years at Ericsson before joining A10 Networks in 2014. His final task at Ericsson was leading 5G engineers in developing new use cases such as autonomous vehicles exploiting Ultra-Reliable Low Latency Communication (URLLC) — "which you see finally coming to the world in 2019," he told ZDNet.

"4G was exciting, but it was really just mobile broadband — mobile apps, user experience, video (YouTube), coverage and, in the enterprise, bring-your-own-device," Reiss said. "But what very quickly happened with mobile operators — particularly in the US, with unlimited data plans — was that they had a hard time increasing their ARPU [Average Revenue Per User]."

Enhanced Mobile Broadband (eMBB) is still a priority for 78 percent of CSPs in the A10/BPI Network survey, but Massive Machine Type Communications (MMTC) and URLLC are also identified as early priorities by 44 percent and 38 percent respectively.

With 5G, network operators can partner with vertical industries to sell new MMTC and URLLC services. In the A10/BPI Network survey, 66 percent of CSPs said they planned to launch commercial 5G services in advance of the final 3GPP Rel 16 standard that will cover use cases like connected cars, smart factories, enterprise and private networks and public safety.

"I'm a big believer that almost every vertical industry will be disrupted by 5G," Reiss said. In the A10/BPI Network survey, respondents expected the automotive industry to see the most disruption, followed by cloud services and manufacturing:

The reason this will happen is down to a new architecture for 5G networks. "The operators are moving to a totally distributed telco cloud -- they call it 'cloudification'. They want to build networks like Facebook, Google and Microsoft -- flat, agile and fully automated. We need this kind of SDN-driven architecture to get the low latency required for new use cases," said Reiss.

The recent furore over Huawei has thrust 5G network security into the spotlight, but operators are already well aware of its importance both in the core and at endpoints, Reiss said. In the A10/BPI Network survey, security was identified by 68 percent of respondents as a 'very important' concern, just behind network capacity and throughput (72%).

"I get the Huawei question very often, and being European myself but living in America, my opinion is that Europe is a bit caught in the political crossfire between the US and China. Every European nation needs to evaluate the security risks and create a diverse supply chain. Decisions should not be geopolitically driven: they should be driven by technology, and also by collaboration between different entities in terms of security standardisation, validation and lab testing before you put things into a network. We have so much technology nowadays to make sure that no back doors are being exercised."

As a vendor of carrier-grade network security and application delivery solutions, A10 naturally sought survey respondents' opinions on their upgrade plans in this area. Only 11 percent have upgraded their Gi firewalls (between the mobile network and the internet), while 68 percent plan to do so. Similarly, 13 percent have upgraded their GTP (GPRS Tunneling Protocol) firewalls, while 60 percent plan to do so. Most CSPs (85%) also said that consolidation of security and application delivery services in the Gi-LAN is important (51%) or very important (34%) given the critical need to reduce latency and lower costs.

5G and AI: a disruptive combo

"5G is not just a technology question any more: it could determine the future GDP of a nation," Reiss said. "The combination of 5G and AI will be one of the most disruptive technology combinations we have ever seen...we're going to have access to so much data," he added.

All of which makes the security aspect even more critical. "With today's legacy DDoS capabilities, you can detect and mitigate an attack in 10 seconds to maybe a few minutes. Now we have to get down to 1-3 milliseconds. The only way to do that is to apply new machine-learning algorithms and full automation," said Reiss.

And the timescale before we see all these exciting new 5G use cases come to fruition? "I think it will take two or three years before we see a massive impact," Reiss said. "Everybody wants to be the first to launch a new service, but most of these are non-standalone 5G projects -- we won't see standalone 5G for a while."

MORE ON 5G AND NETWORKS

Join Discussion for: Mobile operators are moving towards 5G commercialisation,...