Lindsay Clark is a freelance journalist specializing in business IT, machine learning, data warehousing, and enterprise applications. He has led an award-winning team as Computer Weekly's news editor and written for The Guardian, The Financial Times, and a range of leading business-to-business publications. 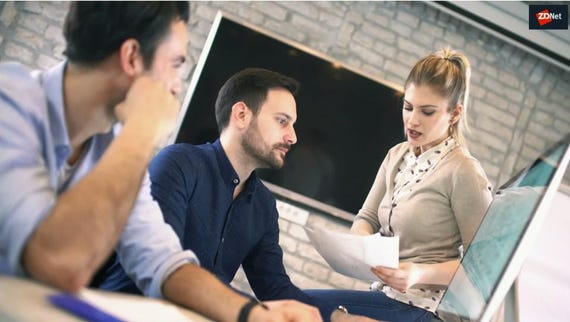 The insurance co-operative, which has roots dating back to 1794, did not believe a developer-coded approach to building software could offer the speed it required to launch new services, while off-the-shelf applications did not fit customer needs.

"Outsourcing to an outside partner or buying an existing solution were not acceptable options," Univé innovation manager Bas Wit tells ZDNet.

"It would simply take too much time and you never get exactly what you want the first time around."

These approaches would also fail to support the experiment-and-deliver approach the company wanted to employ to get the right services to customers, he says.

Univé turned to the no-code platform from Netherlands company Betty Blocks to help business experts develop software. It offers a graphical approach to building software, instead of requiring developers to key in lines of code.

Speed and flexibility were essential to the project, as they underpin the insurers' efforts to stay ahead of the industry with new services, Wit says.

The company wants to focus on reducing risks and potential damage, while ensuring it offers good cover.

"If there were an application that provided regular services to prevent home disasters, public safety would certainly benefit. Not to mention, by reducing the number of claims filed, the business would save millions each year."

Using Betty Blocks and working with implementation partner Ilionx, Univé built and tested the online service VeiligWonen, or Living Safely, which provides customers with subscriptions for services such as chimney inspections, alarm servicing and gutter cleaning, to reduce the likelihood of serious incidents and claims.

The no-code platform helped the insurer pilot its approach by measuring customer response to a working prototype application to validate that their co-operative members were willing to pay for these kinds of services. The approach helped the Innovation Lab demonstrate value and generate buy-in among stakeholders, Wit says.

VeiligWonen is a system of smaller applications and API integrations that reduces the need for separate systems and licenses for CRM and payment management systems, according to Univé.

"We did the pilot in an even shorter time than we thought, with less money than we thought it would cost, and what we achieved was even bigger than we expected," Wit says. 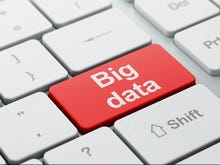 Big data: What to trust – data science or the boss's sixth sense? While the technology to run big-data projects may be opening up to more firms, progress has been hampered by a lack of skills and a corporate preference for gut instinct.

Univé would not disclose how much it invested in the service but says it makes a small margin on the subscriptions and services it offers to be cost-neutral.

"The benefit comes from the belief that by helping our customers take preventive measures, we can actually reduce the number of claims on our insurance policies. In this way, we prevent bad things from happening to our customers and we can keep our premiums as low as possible," Wit says.

While the no-code approach to application development is gaining popularity, IT teams still require a certain amount of control for it to benefit the organization, says Paul Vincent, Gartner research analyst, application architecture and platforms.

"There is no point if it's easy to develop but difficult to deploy," he says.

And although the approach requires no coding in a literal sense, somebody still needs to understand the complexity of the processes and create workable business logic, he says.

However, at a departmental level, many business users have already been creating their own applications for a long time, by adding macros to Microsoft Word and Excel or using a Microsoft Access database.

Companies can end up with data that is not governed, secure or consistent. By deploying no-code tools in a platform, IT can oversee data governance and compliance while still giving business people the power to develop the systems they want, Vincent says.

"IT can ensure [no-code applications] reference systems of record in the right way without replicating data. We are seeing IT becoming brokers in providing a center of excellence to support citizen developers, rather than IT building applications and handing them over to the business."

Although the no-code approach may help business teams build applications that are close to their needs, it will not alleviate the IT skills shortage, Vincent says.

"There is no sign that the increase in capability from no-code matches the increase in requirement for IT skills, but it may enable CIOs to keep their heads above water."

US software giant Microsoft has been offering a no-code style service called PowerApps since 2015. But with hundreds of customers, Betty Blocks is showing that European vendors can punch above their weight in this burgeoning software development trend.

Join Discussion for: No developers required: Why this company...