Instagram has some nerve. In case you missed it, the Facebook subsidiary has unveiled new terms of service that give it the right to put users' photos into ads and even sublicense them to third parties. Don't like it? Take a hike by 16 January, or stop complaining.

This has got me thinking (through a red mental mist) about several issues, about copyright, about the nature of free online services, and about what is fair in this day and age.

First things first. Many people have been deeply suspicious of Instagram since Facebook bought it for $1bn. Instagram is a company with a massive number of users uploading a massive amount of data. It must be pretty expensive to run. And it doesn't make any money. Again, $1bn. Yeah.

Earlier this month, Instagram withdrew the ability for users to integrate their pictures into Twitter cards . At this point, my reaction read thusly:

Exclusive realisation! If a startup has a crazy valuation and lots of users, but no business model, they *will* end up screwing their users.

And so I slightly surprised myself by getting very, very angry this morning upon reading a Gizmodo article entitled Stop Whining About Your Personal Data on Instagram You Little Whiny Baby. An article that rips into its readers for being so incredibly stupid as to be concerned about a billion-dollar company taking — under powers granted to them by the magic language of Legalese — the intellectual property that they, the users, have created. 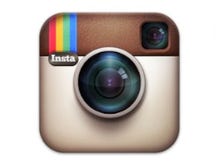 So Instagram can now sell your photos: Get over it

Upon reflection, here's why I got angry. When Instagram broke up with Twitter, that inconvenienced the users more than anything else. It was a gamble: it was Instagram saying that its true value lies in its community and that, if nudged, the community would come directly to Instagram's platform rather than use Twitter as the entry point.

This, on the other hand, is exploitation, pure and simple. The blog post in which Instagram announced its new terms of service does not actually say what the new terms entail. Indeed, you'd have to click through, then understand the legalese, to parse what is actually going to be done with your content. This stuff is designed to go over people's heads.

But but but, people say, it's free! What do you expect from a free service? You are the product!

The heck with that. Firstly, there is a concept known as bait-and-switch. It is a bad thing, and it is kind of what Instagram is doing here: draw people in on one premise, then exploit them on another. We should never get to a point where this is acceptable. Why not? Let me put this in bold:

Because most people are not industry-watchers. They are not technologists. They are not start-ups or VCs. They are ordinary people, and exploiting them based on what you know they won't understand is NOT OK.

Secondly, we know that this can be done in a more honest fashion. Look at Flickr, for example, which makes it easy for users to have their photos licensed for reuse through Getty — SoundCloud has a similar deal with Getty for audio clips. The exact terms may not be to everyone's liking, but they do involve the user who came up with the content getting paid.

But the real reason for me getting angry at the Gizmodo piece lies in the section entitled 'Stop caring about your dumb photos'. No, no and again no. Most Instagram photos may be rubbish, but that doesn't mean they are without value. That's like saying an amateur songwriter who puts their latest awful ditty online should not complain when a corporation comes along and sticks it in an advert without credit nor payment.

I believe very strongly that it should be permissible for content to be reused in certain contexts for free and without permission — parody and other fair uses spring to mind. I even think there's a case for saying personal use is fair use. But, time for bold type again:

Fair use does not include corporations making money off people's content without paying them, or at least giving them proper notice that's prominent and easy to understand.

People should get angry at what Instagram has done, because of the value of what they have created, and because of the principles that are at stake. I'm all for sharing — indeed, I think the whole concept of copyright should be up for debate — but I cannot find anything acceptable in bait-and-switch, nor in exploiting semi-personal content for commercial gain, without payment or truly fair warning.

So yes, beware start-ups that have lots of users, no business model and sky-high valuations. But don't ever think that that state of affairs means — excuse the pun — a licence to do what they like. Sure, the customers are free to leave, but most of those customers won't know or understand what has changed and how they are being taken advantage of. That can never be acceptable.

Join Discussion for: No, what Instagram just did to its users...