Full Bio
Posted in Between the Lines on March 21, 2017 | Topic: Innovation 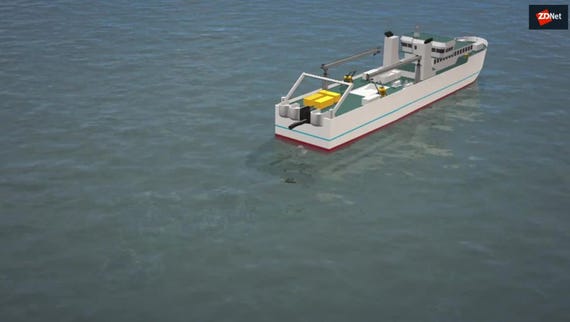 Facebook is investing heavily in different ways to carry troves of data across the globe, including subsea fiber optic cables. So, when the tech giant saw that Nokia Bell Labs was working on ways to make those cables more efficient, it offered to let Nokia test out its innovative techniques on one of its transatlantic cables.

Using experimental hardware, Nokia achieved the highest ever spectral efficiencies for trans-oceanic distances, bringing the capacity of the cable from 13 Terabits per second (Tb/s) to 32Tb/s. Using commercially available hardware, the tests increased capacity from 13 to over 17Tb/s.

In another first, Nokia also achieved the highest trans-oceanic single carrier (wavelength) data rate of 250Gb/s, as well as 200Gb/s with commercially deployable system margins. About five years ago, the industry saw the advent of 100Gb/s, which is now typical in both terrestrial and subsea cables, so demonstrating 200Gb/s with commercial hardware was a notable breakthrough.

The results represent far more than incremental improvement, Kyle Hollasch, Nokia's director of product marketing for optical networking, said to ZDNet. Given that subsea fiber optic cables are already close to the "Shannon limit" -- the maximum data-carrying capacity of an optical fiber -- the results were "really a phenomenal increase where large leaps in capacity don't come easily."

Growing that capacity will be critical as Facebook serves up more and more data-heavy content like videos and virtual reality experiences. This is especially true for subsea fiber, which more scarce and expensive than terrestrial fiber.

"Facebook and Bell Labs are really trying to push the industry forward to aggressively meet this data deluge," Hollasch said.

PCS uses "shaped" quadrature amplitude modulation (QAM) formats to adjust transmission capacity to near the physical limits of a fiber-optic link. Adjusting transmission capacity is like adjusting the nobs on a dial, Hollasch explained -- but turning up capacity becomes more difficult as the distance of the cable increases.

Typically, "we can't quite dial it in to exactly the maximum capacity for a given distance," Hollasch said. By contrast, "PCS is almost a dial with an infinite number of positions."

PCS isn't ready for primetime, but it could be integrated into Nokia hardware and deployed somewhere between three to seven years from now. The commercial hardware tests were based on systems built with Nokia's Photonic Service Engine 2 digital signal processor (PSE-2).

The results of the field trials are being presented in a paper at the Optical Fiber Communication Conference and Exhibition this week in Los Angeles, Calif.