Nvidia on Monday officially rolled out its next graphics cards for PC gaming, the GeForce RTX family, starting at $499. The cards are based on Nvidia's new Turing architecture, which uses real-time ray tracing and AI for rich graphics rendering.

The architecture is "the biggest generational leap in the history of computer graphics," Nvidia CEO Jensen Huang said at Gamescom 2018 in Cologne, Germany. Demonstrating what that means for gaming, he said, "Lighting, reflections, shadows -- it just works... Everything just works because ray tracing just works." The new features deliver 4K HDR gaming at 60 frames per second on even the most advanced titles, Nvidia says.

Nvidia also announced a number of major games built on the RTX platform, including Battlefield V and Shadow of the Tomb Raider.

The 2070 accelerates real-time ray tracing up to 6 GigaRays per second -- five times that of the Titan X, Huang noted. It offers 45 trillion RTX ops per second, several times the performance of a Titan X. The 2070 offers higher performance than the $1,200 Titan XP, Huang said. 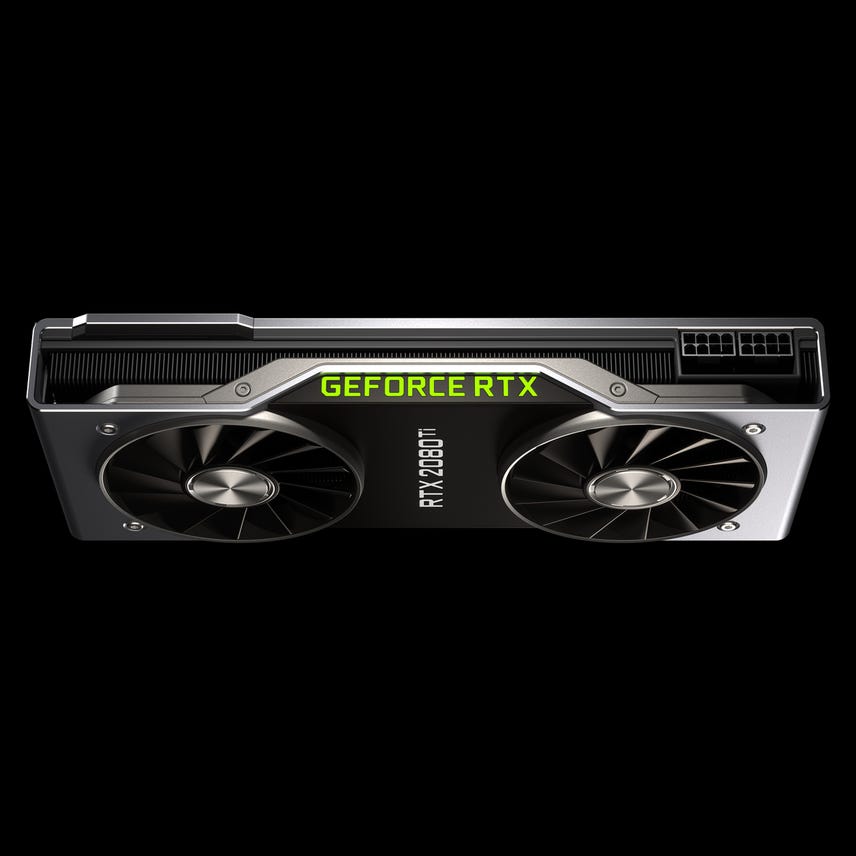