If you are familiar with how to mind the public perception of your own content online, experienced in knowing what not to post and why, take it upon yourself to observe others you know and care about and inform them about privacy settings and how to use them.
Written by Robin Harris on Nov. 15, 2010

Have you ever gone to a crowded shopping mall in the middle of the holiday shopping season, pulled out a chair, stood on it and then start belting out the details of your divorce, or how much you hate a certain person, calling them out by name? While standing in line at Starbucks during the caffeine rush-hour before a workday begins, do you make it a priority to announce to the entire establishment that you've been having abdominal issues and have to frequently visit the restroom to relieve pressure in your colon? You haven't? Well, like most of us, it's probably because you know it's not appropriate.

I've seen some.....uh...amazing Facebook status updates and tweets in my time, surprisingly from people that I know to be fairly introverted socially when hanging out with them in person. They often times are surprised by the social repercussions and regret later what they had said on Facebook or Twitter after realizing how many people saw it and responded. Most of the time I believe the problem is not that these aren't good decent people who don't have a social filter. The problem is that while we had the opportunity to spend decades and decades fine-tuning our social filters, learning how to behave appropriately in public, in a restaurant, shopping mall, coffee shop, or someone's house that you are visiting for the first time, we only had a couple years to do this online.

When social media took off, we only had a microscopic sliver in humanity's timeline to understand and wrap our heads around the vulnerability and visibility of the things we post. There was no how-to guide on how to behave online. In the past the only people that knew what we were saying were the ones that were in the same room. When MySpace (and eventually Facebook) took off, no one told us who could see what, and how it will affect our current and future relationships with friends, family and coworkers. There were no online privacy classes telling us that if you post the fact you hate your job today, your manager may be connected to you through a friend of a friend and will see it, all because you just didn't know and/or think about how you now have your own audience and how to tweak your privacy settings.

The other issue is that if you decide to open up your friendly online doors at an acquaintance level to those that you met maybe once at a trade show, party or concert, etc...they don't know you that well. These folks that don't know you that well will of course form a fragmented opinion of you using what little frame of reference they have about you in their minds from whatever content you post. It's human nature. We fill in the gaps where we are missing information about someone, making some pretty wacky assumptions about them because we have nothing else. I believe this is why online dating is such an awkward process...but that's another post.

Common Sense Starts With a "Z" 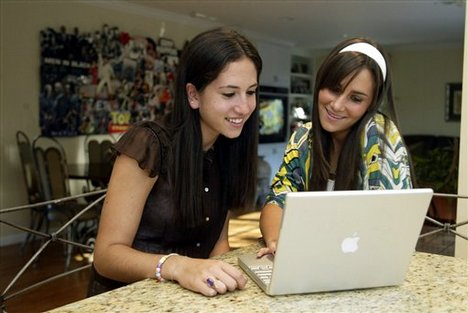 Generation Z is an important one for us to nurture and educate in the current communication age. For those of us adults that have been socializing online for awhile, the should and shouldn't-do's are common sense. You either methodically customize your privacy settings for family, friends, and coworkers....or you make sure that every piece of content you associate yourself with online is generally socially acceptable. The hard lesson I learned is that even still, common sense online was not as common as I had thought. I learned this when I finally allowed my teenagers to get on Facebook. I'm connected with them of course and am also connected with some of their close friends and their friends' parents (they're really stoked about that).

I sat back and just observed how teens talked to each other on there and my mind was blown. There were times when I'd see their posts and was thinking, "Did their son just say that online? Does my buddy know his 14 year old daughter is talking like that?" At first I wondered about the parenting at home but because I know most of the parents and how awesome and attentive they are with their kids, I realized that at least a year or so ago, there really weren't many resources out there for parents to safely shoehorn there children into the digital communication age. It goes beyond just monitoring what young adults are saying online. We need to teach them that there is a world watching them on Facebook - their parents, their teachers, their future schools and employers, and now in many cases, their grandparents!

If you are familiar with how to mind the public perception of your own content online, experienced in knowing what not to post and why, take it upon yourself to observe others you know and care about and inform them about privacy settings and how to use them. Let them know the do's and dont's if the conversation comes up. They'll thank you later for it. Now that the older generations are getting Facebook to get plugged in with their families that live far away, they could sure use our help in understanding all this accessibility.