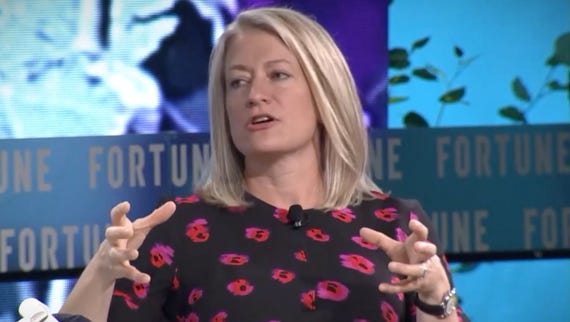 So, you want a technology job, do you? Then you should work on your open-source skills because that's where the jobs are. According to Dice, the leading technology job site, and The Linux Foundation, opportunities for open-source professionals are abound, as companies strive to improve efficiency and cut time to market.

According to the two groups' 2017 Open Source Jobs Survey and Report, "Not only do 89 percent of hiring managers report difficulty in finding qualified talent for open source roles, but 58 percent report needing to hire more open source professionals in the next six months than in the six months prior."

As with last year's report, the focus is on all aspects of open-source software. The first four years focused more on Linux professionals.

The Key findings from the 2017 Open Source Jobs Survey and Report were:

The factors fueling these hiring plans are company growth (60 percent), growing use of open-source technology (42 percent), and open source becoming core to their business (30 percent). Respondents could choose more than one answer.

None of this can come as any real surprise. Open-source has become the dominant software development method. Even long-time open-source archenemy Microsoft has become an open-source company. Just in the last few days, Microsoft partnered with Red Hat with its open-source .NET Core 2.0 programming framework and will be releasing SQL Server 2017 soon on both Linux and Windows.

The single most desirable job most hiring managers want to fill is developer (73 percent). Don't despair if you're not a programmer; demand is also high for DevOps (60 percent) and Systems Administrators (53 percent).

As for skills, cloud technology, such as OpenStack and Cloud Foundry, are the most in demand. Cloud Foundry, the Platform-as-a-Service for both legacy and native cloud applications, is quickly rising in popularity. Seventy percent of employers, up from 66 percent in 2016, are hunting for workers with cloud experience.

The most important technologies influencing hiring decisions are cloud (62 percent), application platforms (56 percent), and big data (53 percent). Specifically the most desirable open-source skill is cloud/virtualization this year among 60 percent of hiring managers. This is followed by application development (59 percent) and DevOps (57 percent).

You should keep in mind that cloud and DevOps work increasingly assumes Linux is running underneath it. The most popular DevOps tools -- Chef, Puppet, and Ansible -- began as open-source programs running on Linux. Windows support came later.

Linux also underpins Google's and Amazon's public clouds. Even Microsoft's Azure growth, which has nearly doubled in the past year, is based on Linux in the in the cloud. More than 30 percent of Azure instances are Linux, with the percentage rising to 50 percent on new workloads. According to Corey Sanders, Microsoft's director of Azure Compute, one in three Azure virtual machines (VM) run on Linux and over 60 percent of Azure Marketplace images are Linux-based.

"As open source becomes increasingly relevant and more companies globally leverage the technology in their stacks, demand for professionals with open source experience will only intensify," said Michael Durney, President and CEO of DHI Group, Dice's parent company, in a statement.

Jim Zemlin, The Linux Foundation's Executive Director, agreed: "Open source is a dominant force in software development, and opportunities abound for those looking for careers with strong prospects for growth. This year's Open Source Jobs Report reinforces what we have seen the past several years; open source is professionalizing, and employers are seeking staff with demonstrable skills. The Linux Foundation will continue our efforts to make quality training and certification accessible to individuals all over the world who want to contribute to the open source community and pursue rewarding careers."

The bottom line for your personal bottom line: Pick up Linux and open-source skills today if you want a tech job today and for well into the foreseeable future.

ZDNet asked five security experts for their top advice for getting into the infosec world.

IT jobs growth could be slowing as sluggishness persists sequentially

The data from the TechServe Alliance and Bureau of Labor Statistics shows year over year growth in IT jobs, but the last three months gains have slowed.

Join Discussion for: Open source professionals are more in demand...