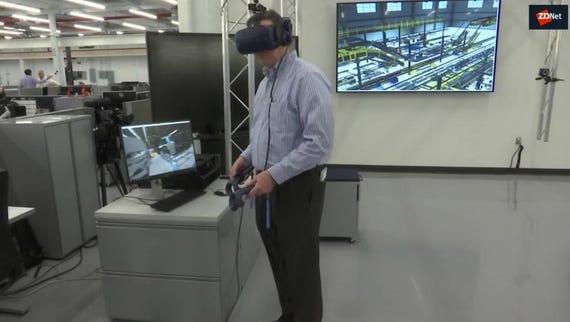 VideoLAN is aiming to add AirPlay support in the next major release, VLC 4, according to The Verge. This builds on last February's release of VLC 3, which enabled streaming to Chromecast devices and was the last release to support Windows XP. Prior to that, the media player hadn't received a major update for three years.

VLC reached two billion total downloads in 2016, and, according to Kempf, today a quarter of downloads are coming from mobile devices.

VLC started life in 1996 as a student project at the French university École Centrale Paris, with version 1 of VLC arriving in 2001. The non-profit relies on donations to operate and so far has managed to keep the software free of ads and bloatware.

The open source media player is one of 14 beneficiaries of the EU's recently announced bug bounty funding. It was pipped by the KeePass password manager and Apache HTTP Server in a vote for which open source software should get an EU-funded security audit.

Chromebooks get an official Android port of the VLC media player

Windows 10 tip: How to play back DVD movies for free

A clean install of Windows 10 doesn't include the software required to play back DVD movies. If your PC includes a DVD drive, you could pay Microsoft $14.99 to add this capability, but why not use a free alternative instead?

The university is concerned that a lack of exceptional experiences are deterring consumers away from all that virtual reality stands to deliver.

VLC 3.0 launches for all platforms, gets Chromecast support (CNET)

The massive update for the "plays everything" media player also adds 360 video, HDR and took three years of volunteer work to complete.

The latest version of Raspbian, the default operating system for the family of low-cost computers, adds support for the popular open-source VLC media player.