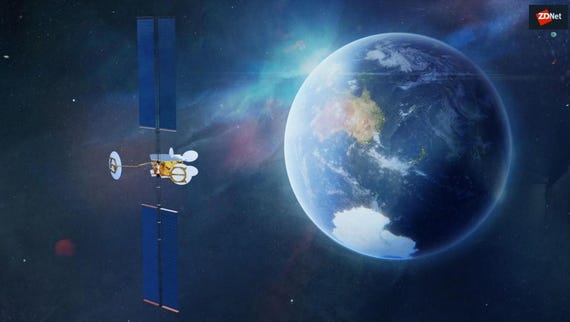 Australian telco Optus announced on Thursday it has signed a deal with Airbus Defence and Space for a new OneSat satellite, that will be known as Optus 11, which is set to cover Australasia when it is launched in 2023.

Optus touted the Ku-band satellite as software-defined, which would allow it to be "fully configurable" once launched.

"Its location, coverage, bandwidth, and capacity can be changed in orbit as customer demands evolve -- where traditional satellites are limited by on-ground configurations that cannot be altered after launch," the telco said.

Optus 11 will sit in a geostationary orbit, and will be the sixth Optus owns. The company said the new addition would make the size of its satellite fleet the largest in Australia's history.

"Optus 11 will add capacity and resilience to our satellite fleet and its unique capabilities will give our broadcast customers the option to tailor their dynamic video delivery via IP streaming, and our broadband customers can benefit from better performance and higher individual throughputs," Optus managing director of wholesale, satellite, and strategy Ben White said.

"In addition, it will support the Optus mobile network using satellite backhaul and the government's Mobile Black Spot Programs. The spacecraft's ground-breaking design is a very exciting development and software-defined satellites will become the future of this industry."

The telco has already signed Sky New Zealand as a customer and added that the satellite's footprint, once in the sky, would reach from Antarctica to the Cocos Islands, and a "vast majority" of the Pacific.

"It will have the ability to cover oceans previously out of reach to Optus and provide tracking spot beams coverage to planes and vessels anywhere within the Optus 11 footprint," White said.

Elsewhere on Thursday, Vodafone Australia said it would begin offering a 250Mbps NBN plan, as well as a plan labelled Ultra that might offer up to 1Gbps speeds.

Both plans will have unlimited data, with the 250Mbps plan costing AU$135 each month, and the Ultra AU$155 a month. Upload speeds for the plans are 25Mbps and 50Mbps, respectively, and are available on NBN's cable and full fibre networks.

New SpaceX launch: Starlink closes in on 800 internet-beaming satellite target for US service

SpaceX launches 60 Starlink satellites after asking the US for permission to launch 30,000 second-generation units.

Funded by Indigenous Business Australia, the development is touted as the first of its kind on Aboriginal owned land.

From the cloud to space: AWS launches aerospace and satellite business unit

The age of cheap, private satellites for industry and orgs is upon us.