The US Department of Defense (DoD) is set to give the go-ahead for the Pentagon to use Samsung and Apple smartphones.

The Defense Information Systems Agency (DISA), the DoD body that determines which tech can be used at  the Pentagon, will rule in the coming fortnight that Samsung's Knox-equipped Galaxy smartphones meet the requirements to merit a Pentagon Security Technology Implementation Guide (STIG), a Defense Department spokesperson told the Wall Street Journal.

STIGs, methodologies determining how hardware and software should be rolled out in defense agencies, are a key plank of the DOD's Commercial Mobile Device Implementation Plan (PDF) released in February. The plan sets out proposals to equip the department's 600,000 mobile device users with mobile products based on commercial off-the-shelf offerings beyond BlackBerry.

Previously DISA staff would review software or hardware products individually to see if they met the requirements for a STIG, which would then be developed for each device that passed muster. Now, however, tech companies are given a set of guidelines to adhere to in advance, and are asked to develop their own STIGs, which are then vetted by DISA.

When DISA rules Galaxy devices have met the STIG guidelines, the handsets will officially get the green light for use in some Pentagon agencies for purposes including sending and receiving internal email, according to the WSJ. (ZDNet has asked the DoD for comment, and will update the story if we receive any.) 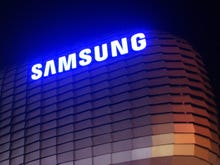 DISA is also expected to rule in early May that Apple's iOS 6 devices conform to a different security requirement guide, the spokesperson added, clearing both Apple's iPhone and iPad for use by military agencies for non-classified communications.

The purpose is to streamline multi-vendor purchasing processes and "eliminate the need for security reviews at the individual DOD organisation level", the spokesperson told the WSJ.

The expected decisions come as Samsung makes a concerted push into the enterprise with its Knox-based security-enhanced Android that it plans to ship with its latest flagship, the Galaxy S4.

The DoD is currently in the pilot stage of its Commercial Mobile Device Implementation Plan, and is running two trials — one classified, one unclassified — which will introduce app store and mobile device management (MDM) support.

The unclassified pilot is laying the groundwork to for the DoD to support mobile products from multiple vendors, easing the way for department's agencies to purchase from once the handset makers hand over their STIGs for assessment.

In the initial phase of the pilot, which concluded last month, 1500 DISA-provided devices from different vendors were trialled. For the second phase, 5,000 multi-vendor devices will be supported across the Army, Air Force, Navy, Joint Staff, and Combatant Command users. DISA will also implement MDM and an app store platform that will support up to 25,000 users this year. It plans to increase its capability to 100,000 devices by the second quarter of 2014.

The classified pilot began in November 2012, which includes a DARPA secure iPad, and a United States Special Operations Command BlackBerry for 'top secret' classified information. This is aimed at building processes so that commercial devices and commercial mobile networks can be used to protect National Security Systems data.

This initially supported 500 devices within the US. Between March and September 2013 it will be extended to users abroad while capacity is increased to 1500 devices. It's also planning to deliver 'top secret' classified communications over VoIP.

From on October onwards, the classified pilot will aim to provide centralised management and control of secure classified mobile communications services and devices, along with initial implementations of MDM and mobile app stores.

Join Discussion for: Pentagon to get green light for using Apple,...