At the AusCERT 2010 security conference in Queensland this week, the state's Police Detective Superintendent Brian Hay told ZDNet Australia that, for the first time ever, it had been able to return funds to the victim of a Nigerian scam.
Written by Ben Grubb on May 20, 2010 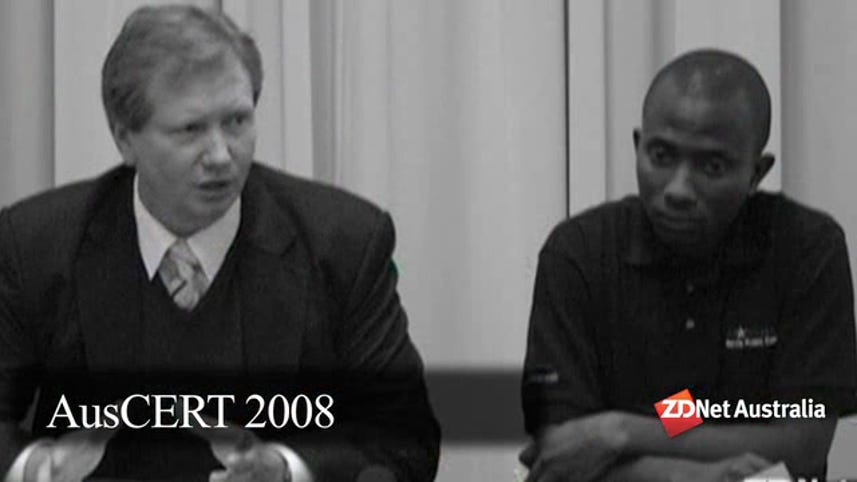 At the AusCERT 2010 security conference in Queensland this week, the state's Police Detective Superintendent Brian Hay told ZDNet Australia that, for the first time ever, it had been able to return funds to the victim of a Nigerian scam.

Hay said his team, partnered with the Nigerian Economic and Financial Crimes Commission (EFCC), which is dedicated to wiping out scams in Nigeria, had recently worked to have 10 individuals arrested and prosecuted. The teams had successfully retrieved funds to "some extent" from one criminal and returned it to the victim.

"Through building that relationship we've since worked with the Nigerians who had 10 individuals arrested and prosecuted," Hay said. "The first one has just been finalised. That offender received 19 years imprisonment."

He said the court had ordered the seizure and acquisition of all the assets of that offender. "And recently, for the first time ever in this country, we were able to make reparation to some extent of the victim in that case."

The amount retrieved was "significant", Hay said, and "made a difference" to the life of the victim. "The person was in a position where they were destroyed both emotionally and certainly very damaged financially and it helped restore some faith and some self-esteem. Certainly financially that victim was in a better position."

As well as standard Nigerian play, Hay said the police were continuing to see an evolution of different types of internet scams and frauds. One of the types was romance scams, which he saw as "a major problem".

"We've had a 1000 per cent increase in romance scams in the last three years," he said.

"When we first looked at some of our studies and the money going to Nigeria, we identified three years ago [that] 7 per cent [was] in relation to romance scams, yet three years down the track we see that's increased 1000 per cent and now forms 70 per cent.

"So there's still a lot of work to be done."

Also talking to ZDNet Australia at the conference, Hay said Queensland Police testing had shown that 50 per cent of wireless networks were unsecured in select areas. "We see it as a major vulnerability in the community," Hay said. "Certainly some testing that we did identified that 50 per cent of all the wireless networks out there were unsecured," he said.

Ben Grubb attended AusCERT 2010 on the Gold Coast as a guest of AusCERT.