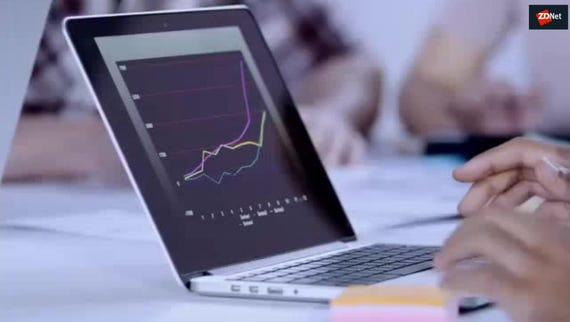 The MacBook: The good and the bad of Apple's ultrabook
Watch Now

The MacBook: The good and the bad of Apple's ultrabook

Are the fans in your Mac or MacBook roaring away at full speed, making it sound like your computer is getting ready to take off? Here are some simple things you can try that might save you a trip to the Apple Store.

See also: Five Apple products that are headed for the scrapheap

First of all, it may just be normal. If you are running a resource-heavy application such as Photoshop, or have a browser with loads of tabs open, then the fans might very well be just doing their job. After all, without them, your Mac would quickly wither and die.

You can check to see if you have any system-intensive applications by opening up Activity Monitor and looking for anything that's consuming a lot of CPU time (anything over 80 percent in the % CPU column). Also, look for apps that are both using a lot of CPU time and that need the high-performance GPU (look under the Requires High Perf GPU column in Activity Monitor).

Alternatively, it's possible that an application -- or maybe even the operating system -- has crashed and is going rogue. The quickest way to fix this is with a reboot.

Another heavy load for MacBooks is using external monitors. Because these stress the GPU it means that the fans run more often.

I also recommend installing a temperature monitor. These range from free tools such as Intel's Power Gadget to commercial apps such as TG Pro, which can not only log temperatures but also allow you to take control of the system fans manually. TG Pro is awesome too because it will show you the temperature of all the separate sensors (and there are a lot of sensors, ranging from several built into the CPU to a palm rest temperature sensor) and can warn you if any of the sensors or fans are defective.

If you're still experiencing this problem and you don't think that it's normal (that is, you've rebooted and you're not running anything that's hammering at the CPU or GPU that much) then I recommend that you try resetting the SMC and PRAM, in particular, the SMC.

Information on how to do that can be found here. If this doesn't seem to work the first time, I recommend doing it two or three times. Don't ask me why I've just learned from experience that doing it the once doesn't always work.

Hopefully, these tips fixed the problem for you.

Oh, so you're still reading. That means that your fans are still whining away and you're getting ready to head out to the Apple Store, right? Well, I do have one more trick that you can try.

If it is overheating, and the problem isn't a defective fan, then chances are that it's down to dust buildup inside the system. The most effective way to clear this up is to use a vacuum cleaner at the air vents (and RAM access port on iMacs) to suck it out. Hold the nozzle an inch or so away from the vents and only use the suction briefly as you can damage the fans.

Don't use compressed air because that will damage the fans and all it will accomplish is to blow the debris and detritus deeper into your Mac.

Join Discussion for: Quick Mac tip: What to do if your cooling...