As large as the US mainland but with a smaller population than Texas, Australia relies on ICT innovation to maintain its position as a first-world democracy and a role model for the developing Asia-Pacific region. Award-winning journalist David Braue has covered Australia’s IT and telecoms sectors since 1995 – and he’s as quick to draw lessons from their failures as to laud their successes.

NBN Co has been forced to change its tune on an emerging project-management methodology that the company previously trashed as "under-developed" and terminated after using just one-sixth of the licence that it paid for. 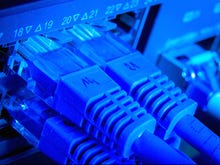 NBN Co paid AU$330,000 for the right to test Render in the field during a rollout of the MLT-10 fibre serving area module (FSAM), which lies within the Victorian suburb of Melton, and to subsequently extend its use to five other FSAMs.

An internal evaluation of the project, published in September by Fairfax Media, credited the use of Render as helping speed up the Melton rollout by 61 percent and at half the cost of other FSAM rollouts in the area.

However, the methodology was never extended to the other FSAMs after NBN Co ceased the trial prematurely.

"There are several other tools that perform similar functions, and, like Render, could also be modified for bespoke application," NBN Co told ZDNet several weeks ago.

Although NBN Co did not clarify why the initial pilot did not proceed, it called the Render methodology "under-developed", and repeated earlier NBN Co claims that the Melton site required more design variations, managerial oversight, and resources than usual.

"For this reason, the company took the commercial decision not to continue with it," the company said. "While we had the right to deploy Render elsewhere, we chose not to."

Speaking during Senate Estimates this week, NBN Co chief operating officer Greg Adcock was forced to back away from earlier claims in a Senate Select Committee on the NBN hearing that the AU$330,000 paid by NBN Co had been for "Melton only", even though benchmarks suggesting the methodology had slashed fibre-to-the-premises (FttP) costs and improved rollout efficiencies.

During that testimony in September, Adcock said that Render had been "horrendously expensive", and that at AU$330,000 for each of the "4,000 and something" FSAMs in the NBN, the company would not be "taking it on board".

Quizzed on these statements in this week's Estimates hearing, however, Adcock backed away from those statements and said that NBN Co's formal review of the MLT-10 pilot found that the Render tools had achieved most of the goals that were set to test during the evaluation.

Some processes had required manual support using spreadsheets, he said, but overall, the results were encouraging enough that if some functionality gaps were filled, he would be willing to consider testing the methodology in five other sites as paid for.

"I'm sure if that [extra] work is done and the Render team come back again, I would be happy to deploy with it within the money we've already paid within a number of other FSAMs to test it again," he said.

"Based on the experience of Melton, it is an option we may well explore."

Flemming, now managing director of Render Networks, declined to comment on the specifics of the Melton trial, but disputed claims that other tools offer similar functionality, noting that the Render methodology is in the process of being patented in Australia and elsewhere.

IP Australia records confirm that patent number AU2014200481 was lodged on January 29, 2014, as a "method and system for managing geospatial deployment".

Render was also shortlisted for the 2014 INFORMS Franz Edelman Prize, which recognises excellence in applied advanced analytics and pitted the methodology against other complex systems including Twitter's Who to Follow system, water routing optimisation analytics, systems for modelling emergency-department workflow and matching of kidney transplants, and the eventual winner, the US Centers for Disease Control and Prevention.

"We have a fully functioning, market-tested product that organisations in Australia and internationally are very interested in implementing," Flemming told ZDNet, noting that the Render methodology is technology agnostic. "The solution is developed and operational, and we are actively selling it. There has been a very enthusiastic response to what we've got."

Pricing is commercial in confidence, he added, but noted that as a general philosophy, the company would charge customers a fraction of the savings the methodology generated.

"We target about a tenth of the value that we create," he said.

The methodologies contained within the Render framework were in development as NBN Co executives and construction heads worked furiously to identify ways to reduce the cost of the rollout.

Executives had scaled back their rollout expectations and identified a broad range of process improvements, including an overhauled construction process , a previously unreleased draft version 13 (PDF) of the company's Corporate Plan 2013-16 has confirmed.

That document — dated September 19, 2013 — acknowledged the challenges that the project had encountered in managing construction subcontractors, but argued that changes to NBN Co's construction methodology would still have allowed it to ramp up construction of the FttP network to more than 3,000 premises per day by June 2014.

Despite these findings, the document was never published by incoming Communications Minister Malcolm Turnbull, and was ignored in the subsequent NBN Strategic Review, cost-benefit analysis, and 2014-17 Corporate Plan — all of which compared the current multi-technology mix (MTM) rollout against ambitious all-fibre targets that NBN Co set in 2012, before the rollout began to encounter problems with subcontractors and asbestos in Telstra's copper network pits.

Join Discussion for: Render methodology may return after NBN Co's...