One of the obstacles to crypto-currencies in the mainstream financial world is the absence of a neutral party to help banks settle trades in crypto by making sure that no counter-party reneges on a transaction.

That role, the so-called clearing house, is the goal of a band of tech and finance geeks who have developed a new blockchain database. Monday, they kicked off their clearing house quest with their own crypto coin auction.

How to build a crypto-mining rig

Here's all the hardware you need and what you need to know to get started.

"It's a huge proof of concept for the blockchain to be used for a whole host of financial service applications," said Rob Rosenthal, a co-founder of Revolution Populi, or RevPop, as the firm's founders refer to themselves, in an interview with ZDNet March 8th via Zoom.

RevPop's broader mission, as covered in ZDNet over the past two years, is to transform social media by  enabling numerous "Facebook Killers." RevPop is building an entire set of infrastructure to foster competing social networks.

Rosenthal, and co-founder Dr. David Gelernter, a famous professor of computer science at Yale University, believe too much power is vested in the hands of Facebook's Mark Zuckerberg and Twitter's Jack Dorsey, and they are building the blockchain database to allow individuals to take control of their social persona and monetize it, if they choose, through digital transactions.

As a way to set that whole process in motion, the auction that kicked off Monday, on the firm's Web site, is a way to get participants to start to join the new blockchain.

"The public auction is a key next step in this mission to return data sovereignty to the people," Rosenthal told ZDNet.

Performing the function of a clearing house was originally intended to be a way for RevPop to make money off of social without selling users' data. However, Rosenthal and team soon realized they could have a broader role as a neutral third party for financial institutions for all sorts of crypto transactions, including those that don't have anything to do with the RevPop block chain nor with social media. 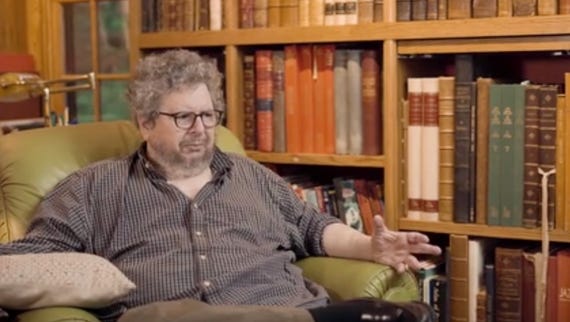 "In the crypto-currency market today, the biggest thing missing is a clearing house of some sort," said a senior executive at JP Morgan Chase who is familiar with RevPop's efforts, in an interview with ZDNet.

"If you want to do this effort with a social net, you're eighty to ninety percent of the way to making a clearing house," said the executive.

Banks need a clearing house to settle any kind of trade, including traditional fiat currencies. In the case of Bitcoin and the Bitcoin blockchain, or Ethereum and the Ethereum blockchain, the currencies already, in a sense, have a clearing function built-in via the distributed contract technology and its proof-of-stake or proof-of-work.

"At its core, a clearing house is nothing but a large social contract," observed the executive, and so are blockchains.

The complexity arises when multiple currencies need to be exchanged, so called cross-currency trades, as when one needs to exchange, say, Ethereum for Bitcoin, or for a RevPop coin, or vice versa. While existing crypto exchanges such as Coindesk could fill that role, "no exchange will want to fulfill with another exchange" serving as the clearing house, said the JP Morgan executive, because no exchange wants to rely on its competitor.

For the same reason, no bank is going to trust one of its banking competitors to be the neutral party, because all banks are also going to be trading for their clients in crypto.

"We are never going to set up another vertical monopoly," said the executive, referring to industry participants both trading for their clients and fulfilling others' trades.

The need is for a neutral third party. The financial services industry has done that before, creating a system called the New York-based Depository Trust & Clearing Corporation. DTCC, as it's known, is one of the largest entities in the world in the settlement of financial trades.

But DTCC is steeped in older technology, which means it is not in any immediate position to be effective in the blockchain world, said the executive.

The difficulty with a clearing house "always comes down to your risk models," Rosenthal told ZDNet. "Crypto is by definition a completely different marketplace than any other marketplace that trades anything," he said. The implication is that doing clearing the right way for a new risk model is a challenge in itself.

By having developed a blockchain and not having any exchange business, RevPop is on its way to that role of a neutral party in crypto.

In fact, Monday's auction is something of a proof of concept. "We are hoping the token swap itself is the first clearing activity of the clearing house," said Rosenthal.

A total of 900 million RevPop coins will be up for sale. An individual can use wallet software to receive the coins, but it must be one compatible with Ethereum because the purchase can only be made in Ethereum, not in any other coin nor fiat currency. RevPop mentions the program MetaMask as a recommended option in its instructions posted online.

The initial auction will last three days and is not available in the U.S. because of the current uncertainty of U.S. regulations around coin issuance. "The U.S. has put a full stop on anything that even looks or smells like an ICO [initial coin offering]," said Rosenthal. He expressed the hope that over time, parties in the U.S. that "get this technology" will smooth the way for future sales. "I'm bullish on the U.S. wanting to figure this out."

Another three hundred million coins will be auctioned off in two subsequent twenty-four hour auctions. Combined, that 1.2 billion in public sales constitutes 60% of a total 2 billion in planned coin issuance. Of the remainder, 200 million coins will be set aside in escrow for each of two purposes, to facilitate the blockchain operations and for grants to fund application development. Another 200 million will be issued for administrative functions, and finally 200 million for the RevPop founders.

The founders include Rosenthal, Gelernter, documentary maker and entrepreneur Paolo Coppola, and publicist Todd Aydelotte. Together, they have funded RevPop with $1.5 million out of pocket.

The coins sold in the public auction and the coins held for the founders have lock-up restrictions. In the former case, coins are restricted until there are apps running on what's called "main net," the fully functioning blockchain. That, in turn, won't take place until the current implementation, test net, reaches a level of maturity. You can observe the test net online at RevPop's site.

In the case of founder tokens, they are restricted until eighteen months after main net goes live, said Rosenthal. More details can be found in the FAQ posted online.

As for when main net goes live, it is expected sometime this year, though there is no hard deadline.

"There's one gating factor, and that's the ability to scale up development," said Rosenthal.

If successful, one significant result of the clearing function could be to vastly increase the amount of crypto trading, said the JP Morgan executive.

For one thing, the process that blockchains use has a built-in delay that can be upward of several minutes for the formation of a new block in the chain. Absent a clearing house, that is a period of latency that slows the whole system. With a clearing house, confidence may allow counter-parties to move ahead regardless of that lag in block formation.

"Once there's a clearing house, the velocity quintuples, if not exponential growth," for the entire industry, said the JP Morgan executive, meaning, the aggregate volume of activity in crypto trading.

JP Morgan certainly has an immediate financial interest in increasing the volume of trade. The bank introduced its "repo" token, a stable coin for secured financing, just before Christmas. The bank considers it one of the largest blockchain use cases in the world, potentially worth $200 billion.

A second potential impact is to shake up the current order of crypto exchanges. Those that buy in to a clearing house from the outset could ride any success that clearing house experiences, while others could be left behind.

Rosenthal, a nineteen-year veteran of Goldman Sachs, is convinced there will be tremendous financial benefits.

"There are a lot of frictional costs on Wall Street just to match trades," observed Rosenthal. "This can be a huge cost saving."