Full Bio
Posted in Between the Lines on January 31, 2020 | Topic: After Hours 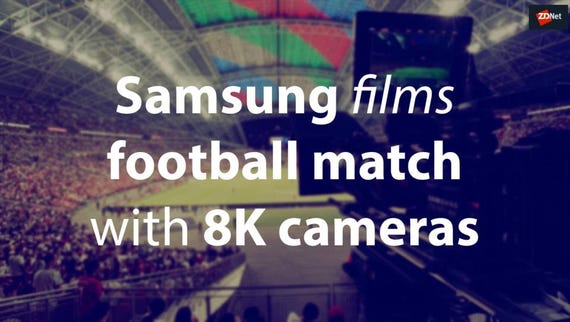 That doesn't mean you can't watch the game with Roku. You can. You just won't be able to watch it in fully 4K HDR glory. To catch the game in 1080p, you can still watch it via cable, satellite, or Over-The-Air (OTA) with an antenna.

Cord-cutters can watch the game either on a computer via the FoxSports website or by using any of these live TV streaming services -- if that service carries a local Fox affiliate channel.

AT&T TV Now
AT&T TV Now costs $65 per month and includes Fox. Enter your ZIP code to see what local networks it offers in your area.

FuboTV
FuboTV costs $55 a month and includes Fox. FuboTV claims it will support streaming the game in 4K. To see if Fox or other local networks are offered in your area, check the Fubo local channel listing.  As things stand now the only want you can watch the game in 4K on a Roki will be via Fubo

Sling TV
I like Sling TV a lot, but it's $30-a-month Blue package includes Fox is in only 17 markets. To see it's available in your neighborhood, check Sling TV's local channels.

YouTube TV
YouTube TV costs $50 a month and includes Fox. Enter your ZIP code to see if Fox is offered in your area in the field at the bottom of the page.

Don't have any of these? You can try them with a free trial for at least a week. My favorites are Sling TV and YouTube TV.

You can also stream the game from Yahoo on its Yahoo and Yahoo Sports apps. You can also watch it on the NFL app. But, darn it, you can't cast the game with these apps to your TV or another large display. An NFL representative has also said you'll be ael to watch the game, in 1080pHD, using its Roku NFL app.

Meanwhile on Roku, unless things change, the following Fox channels will stop working on Feb. 1 even if you already have them installed:

It's not clear if the apps will disappear or if you'll just get an error message when you try to use them.

You can still stream the game in full 4K HDR if you use an Amazon Fire TV Stick 4K and Fire TV Cube via the Fox Sports' app. You can also watch the Chiefs and 49ers battle with an AppleTV 4K, too. But, while this will give you 4K quality, its colors, contrast, and brightness will top out with Standard Dynamic Range (SDR). The cheapest way to do this, at a list price of $49.99,  will be with a Fire Stick.

No matter what device you use to get Fox's top-of-the-line streaming experience, you must create a Fox Sports profile. No profile, no 4K HDR.

So why is all this happening? It boils down to a distribution deal gone wrong. According to Roku:

Roku's distribution agreement with FOX Corp to distribute FOX channels is set to expire on Jan. 31. We don't want to see that happen but we have tried for months to get FOX to sign an agreement and we offered FOX an extension but they declined.

If an agreement is not reached, we will be forced to remove FOX channels from the Roku platform because we can't distribute content without an agreement. Every content provider has a distribution agreement on every platform. It gives the legal right to distribute.

Roku's threat to delete FOX apps from its customers' devices is a naked effort to use its customers as pawns. To be clear, FOX has not asked Roku to remove our apps, and we would prefer Roku continue to make them available without interruption. Roku's tactics are a poorly timed negotiating ploy, fabricating a crisis with no thought for the alarm it generated among its own customers. Even if Roku unilaterally decides to remove FOX apps, savvy Roku customers know Super Bowl LIV on FOX will be ubiquitously available through streaming providers, FOX apps on the biggest streaming platforms and our website. Only Roku can pull apps from its customers' devices, and we would urge them to stop the intimidation tactics and reconsider the merits of irritating their best customers in pursuit of Roku's own interests.

There's still a chance Fox will sign a new agreement or Roku will back down. In the meantime, if they stick to their guns, I hope you find this article before the big game so you'll know what to do before you panic about being blocked from the game.

Join Discussion for: Roku may pull Fox channels just ahead of...