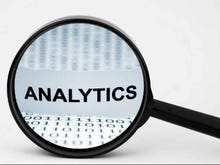 Software licenses for SAP's in-memory database technology will be bundled along with hardware and ongoing management. The cloud product roll out will start from Australia and New Zealand.

The planned acquisition for an undisclosed sum will allow SAP to absorb KXEN's "powerful and easy-to-use" tools, which automate certain analytics jobs, into its cloud and on-premise products, including SAP HANA in-memory processing technology.

"KXEN technology extends predictive analytics tools beyond data scientists to line-of-business users and analysts in the workplace by automating key modelling and analytical tasks and enabling faster deployment and adoption," SAP said in a statement.

KXEN's predictive analytics tools and applications automate the end-to-end modelling process, according to SAP, and "replace the classic model-creation process, which is manual, repetitive and prone to human errors".

The two most recent earnings conference calls with Oracle and SAP featured a heavy dose of smack talk that doesn't quite add up. Oracle and SAP do share a common obsession, though: Workday.

"This is aiming to help customers use predictive analytics and data mining to make better decisions on petabytes of big data."

KXEN CEO John Ball said in a statement that customers were increasingly asking for predictive applications that could be easily used by the business in the cloud and on premise. "The real-time, big-data capabilities of SAP HANA make it the ideal platform to deliver on this," he said.

SAP expects the acquisition to be completed in the final quarter of 2013.

According to analyst firm IDC, the predictive analytics software market is worth $2bn and should pass $3bn in 2017.

More on SAP and HANA