Singapore's NUS Enterprise has inked a partnership with Indonesian Salim Group to launch an incubation site in Jakarta, marketing it as a platform for startups between both countries to establish ties.

The entrepreneurial unit of the National University of Singapore (NUS), it said Block71 Jakarta was modelled after a similar facility in Singapore--Block 71--which was housed in a previously disused industrial building. 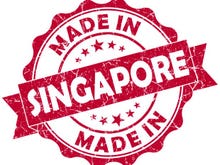 Singapore startups must now grow up, think bigger Country's government has helped get things started, but Singapore entrepreneurs need to embrace risks and look beyond local shores to expand their products and services.

The 1,500-square metres Indonesian site sat in Kuningan, a popular location amongst the local technology community, and aimed to drive innovation and entrepreneurship efforts in both countries, the companies said in a joint statement.

Founded in 1949, Salim Group was Jakarta-based consortium with businesses across multiple verticals including food, agriculture, telecommunications, automobile, and real estate.

Through Block71 Jakarta, startups in Singapore and Indonesia could exchange information and connections to drive their entrepreneurial efforts and tap other international markets.

Lim Hng Kiang, Singapore's Minister for Trade and Industry, said the initiative was part of the city-state's goal to build a "Global Innovation Alliance" as outlined in the national digital transformation strategy.

"Block71 Jakarta will be a launchpad for Singapore entrepreneurs and innovators to build ties with the Indonesian startup community and explore opportunities to work together," Lim said. "This Indonesia-Singapore partnership is also a timely one, given that 2017 marks the 50th year anniversary of diplomatic relations between Singapore and Indonesia."

The Jakarta facility would offer startups access to resources from NUS Enterprise and Salim Group, including investors, corporate partners, and mentors. NUS Enterprise also would plan support programmes to help Indonesian startups develop their ideas as well as organise various activities such as validation programmes and business competitions.

Initial operations at Block71 Jakarta began in March 2017, with 20 startups currently based on-site including online video platform Viddsee and mobile POS startup HelloBill. Half of the startups were from Singapore.

Apart from Singapore and Jakarta, Block71 also had been set up in San Francisco with plans for a similar site to be established in Suzhou.

NUS Enterprise CEO Lily Chan said: "We have been identifying relevant Singapore technologies and startups that are interested in piloting or testbedding their ideas in Indonesia and introducing them to Block71 Jakarta. This new facility also will be a useful platform for NUS students who are interested in learning more about regional markets."