Full Bio
Posted in Between the Lines on December 5, 2019 | Topic: Robotics 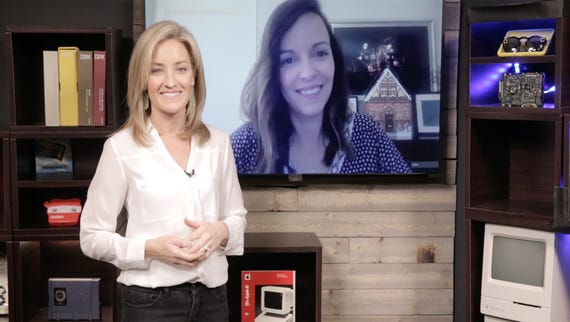 The next iteration of a floating, artificially intelligent astronaut assistant is on its way to the International Space Station (ISS).

Developed by Airbus in partnership with IBM and the German Aerospace Center, CIMON 2 is the latest model of the robot CIMON, short for Crew Interactive Mobile Companion.

The first iteration, CIMON 1, weighed eleven pounds and served as a free-floating AI assistant for astronauts as they completed mission duties in space. The assistant was able to understand what the astronauts were saying in context, as well as the intention behind it. Like tabletop assistants, CIMON 1 could recognize speech and speak with a synthetic voice.

CIMON-1 landed back on Earth on August 27 after 14 months on the ISS. CIMON 2 launched Thursday aboard the US freighter SpaceX to the ISS from the spaceport at Cape Canaveral, Florida.

While physically and functionally similar to CIMON 1, CIMON 2 was built with a layer of emotional intelligence thanks to the IBM Tone Analyzer, which will eventually enable the robot to understand and respond to the emotions of the astronauts. The AI, which is based on a modified version of IBM's Watson, is meant to transform CIMON from a scientific assistant to an empathetic conversational partner.

"When it was first deployed on the ISS, CIMON proved that it could understand not only the content within its given context, but also the intention behind it," says Matthias Biniok, IBM lead Watson architect for Germany. "CIMON-2 goes one step further. With the
help of the IBM Watson Tone Analyzer from the IBM Cloud in Frankfurt, it is now able to evaluate the emotions of the astronauts and respond to the situation in an appropriate way if this is desired by the astronauts or if its emotional analysis capabilities are being tested as part of an experiment."

In addition to the Tone Analyzer, CIMON 2 also comes with internal hardware upgrades and better computers, more sensitive microphones, an improved sense of orientation, and greater stability of the software applications. Airbus supplied an upgraded version of the software for CIMON 2's guidance navigation and control system, which will allow the robot more seamlessly autonomously move about the space station.

CIMON 2 will remain on the ISS for up to three years, Biniok said. During that time, astronauts will have control over whether the emotional analysis of the robot is tested as part of an experiment.

Looking longer term, Biniok noted several instances in which an emotionally intelligent assistant could have an impact on astronauts during long-haul space travel.

CIMON, once equipped with emotional response capabilities, could act as an objective observer and mitigator to group thinking, Biniok said. The assistant could also support astronauts in emotionally complex situations, for instance when the Earth fades from view or mission tasks become particularly stressful.

In addition to the new IBM Watson Tone Analyzer, CIMON 2 still has all of its original core capabilities, which utilize the same Watson Services that are available to IBM Cloud customers, like Watson Assistant, Speech-to-Text, and Watson Text-to-Speech.

On its first trip on the ISS, astronaut Alexander Gerst tested the CIMON 1 device. During mission tasks aboard the ISS, Gerst was able to use CIMON's screen to view procedures, while CIMON tracked his progress and made suggestions on how to proceed. CIMON 1 was trained to identify Gerst via facial and speech recognition.