Daniel Ek, CEO of Spotify, took part in a session on Quora on Tuesday, where users asked questions about the company he founded. Most interestingly, Ek wants to soundtrack your every waking, and sleeping, moment.

"We really want to soundtrack every moment of your life," Ek told Quora users. "So what excites us are when we are able to do that in moments which may seem counterintuitive at first. Take sleep as an example. Millions of people every day (or night!) now go to sleep listening to Spotify."

"This is a behavior that is brand new for a huge chunk of that same audience. So as we think about Spotify in the future, it's really all about bringing music (and other media) to more moments in your life. In order to do that, we need better recommendations, better partnerships and the right content for those moments," he continued. 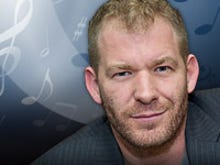 Ek founded Spotify nine-years-ago in Sweden. The private company has become a household name, thanks in part to its ability to stream almost any song from major labels through convenient apps on several platforms. Now, Spotify has begun experimenting with video and audio shows.

Speaking more about how Spotify effects moments in users life, Ek said: "Most people still describe their taste as either 'everything' or a specific genre. The truth is, in our actual listening habits, most of us are very specific about what we want to listen to, but not by genre. Our habits and moments are what define our listening more than anything else."

You can read the other questions and answers on Quora.

Join Discussion for: Spotify wants to sound track every moment...