StarHub is being investigated for two broadband service disruptions that lasted hours on Wednesday and during a time when many of its customers are working from home amidst a COVID-19 lockdown in Singapore. The country's industry regulator says it has begun reviewing the incident and will mete out penalties if the telco is found to be negligent.

The Infocomm Media Development Authority (IMDA) said in a Facebook post late Wednesday night that it took a serious view of any service disruption to public telecommunications services, "especially during the circuit-breaker period" where many were working and studying from home. It noted that StarHub was instructed to restore the affected services "expeditiously" and to update its customers on the progress. 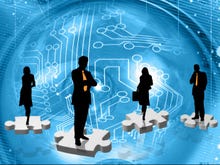 Singapore last week kicked off stringent measures to contain the spread of COVID-19 that forced non-essential businesses to close or have all of their employees work from home, while food and beverage operators were mandated to only provide takeaway or delivery options if they remained open.

Coined the "circuit breaker" period, the stricter safe-distancing measures will remain in effect until May 4. The government also introduced new temporary legislation to prohibit social gatherings of any size, both in public and private spaces. Any person or business caught breaching the new measures could face a SG$10,000 fine or jail term of up to six months, or both. Repeat offenders could see a higher fine of SG$20,000 and jail term of up to a year.

"IMDA has commenced investigations into the two service disruptions to StarHub's internet services and will not hesitate to take strong enforcement action should there be any lapses on StarHub's part," the regulator said.

In a series of posts on its Facebook page, StarHub CTO Chong Siew Loong said Wednesday that fibre services to some of its customers in the North and North-East regions experienced a 20-minute disruption in the morning due to a fault in a piece of network equipment. He said the telco's backup equipment "took over immediately" and affected services were restored progressively.

StarHu later added that the faulty equipment had been replaced with a new unit and services were monitored for stability.

In a second incident on Wednesday, Chong said some home broadband customers had experienced "intermittent disruption" due to a separate "network issue" with a DNS that handled internet traffic routing. The issue was later rectified, he said, adding that enterprise customers were not affected by the incident.

He also noted that there were no signs to indicate it was the result of a cyber attack. "Traffic on our network is well below our available capacity and ample redundancy has been built into our network to cater for high service levels to be delivered consistently," he added. "We take this incident seriously and will conduct a detailed root cause analysis so that we can prevent future recurrence."

All affected services were fully restored on Wednesday night, according to StarHub.

In a statement released late-Thursday, the telco issued an apology for the incident and offered a one-time 20% rebate on the monthly fee of home broadband customers affected by the service disruption. It said these customers would be able to register for the rebate via a dedicated website that would be made available "soon".

Acknowledging it fell short on delivering network quality and resiliency, StarHub CEO Peter Kaliaropoulos said: "The root cause [of the DNS-related disruption] has been identified as an internal network change management process and our key priority now is to ensure service stability and quality.

"We have taken immediate steps to implement measures to prevent a recurrence and we are reviewing relevant processes," Kaliaropoulos said. "We are also cooperating fully with IMDA in investigations and we welcome any infrastructure audit by IMDA as needed."

He noted that the DNS incident was not caused by any "out-of-date equipment, capacity shortage or a cyber attack", adding that its networking hardware and software were procured from global technology market leaders.

"Our network traffic is well below available capacity and ample redundancy has been built into our network to cater for high service levels to be delivered consistently," he said. "We will increase our efforts, review our processes, reinforce training initiatives and continue to be vigilant."

Elaborating on the DNS issue, StarHub pointed to an "intermittent issue in performing queries" to the affected DNS, resulting in some customers experiencing slow or no internet access.

When asked by ZDNet, the telco declined to say how many customers were impacted by the service disruption. StarHub has about 505,000 home broadband subscribers.

It also did not provide further details on the "internal network change management process" that caused the DNS-related issue.

As telecommunications services are deemed essential services, StarHub presumably would be permitted to have staff on-site to oversee its network operations during the circuit-breaker period.

Meanwhile, its customers took to social media to express their displeasure, with one noting that internet access was a "crucial essential service" and the incident was a "serious disruption [for] us working at home" and an entire day "wasted" due to the lack of connectivity.

Another noted that IMDA should impose more stringent quality of service requirement for home internet services, instead of just having "best effort" measures, especially since many are now required to work from home during the pandemic. One customer probed: "How can a fundamental component for [an] internet [services] establishment be damaged so easily?"

IMDA just last week announced several initiatives that are aimed at helping the local population, particularly the elderly and underprivileged, stay online during the coronavirus outbreak. These included enhancements to various schemes to offer faster provisioning of ICT equipment and internet access as well as provide full financial support for low-income students who would not need to provide any co-payment for personal computers. In addition, all residents in Singapore can access more content via the country's broadcasting network Mediacorp and two pay TV operators StarHub and Singtel.

Join Discussion for: StarHub to be investigated for two service...