Software and hardware vendors are increasingly embracing subscription pricing, and it's not just because the cloud made them do it.
Written by Tony Baer (dbInsight) on March 29, 2017

It's not often that we get briefed twice the same day under non-disclosure by different vendors about the same topic. Both are well-established incumbents in big data analytics who are biting the bullet on subscription pricing, and will be making announcements next week. And both are designing their subscription offerings to move freely between on-premise and their emerging cloud offerings.

We're tempted to raise the old metaphor about the definition of insanity being doing the same thing over and over and still expecting the different results. There's little question that enterprise software players are embracing subscriptions after having dipped their toes in the water with cloud-based Platform- (PaaS) and Software-as-a-Service (SaaS) offerings. But there's ample reason why the insanity's happening: A decade or more of subscription pricing from Amazon and Salesforce have made enterprises used to it.

See also: Three software licensing tips that can slice up to 30 percent off your costs | DevOps: How packaging and convenience shapes what we use and build | 5 ways cloud computing is transforming software vendors

What's interesting is how enterprises have travelled full circle with the idea that, before the advent of modern day, multi-tenant cloud, was typically associated with usage-based pricing. When open systems upended the mainframe back in the 90s, there was plenty debate about rethinking entrenched MIPS-based pricing models. Among the alternatives considered were counting the number of seats, processor units, or, heaven forbid, metering. Each of these alternatives in some way, shape, or form, became the basis of enterprise software pricing today -- but it didn't happen without consternation.

"I'd like to go to my users and say pay for what you use," an IT enterprise applications director for a large enterprise told me for an IT journal article we wrote roughly 20 years ago. The same piece offered laments from others reticent about disrupting the status quo. "Dealing with numbers of users, nodes, and machines is an unnecessary level of management," responded one IT director. Another dreaded the possibility of getting dinged for exceeding concurrent user allotments for generating end-of-period reporting in much the same way that smartphone users today react after blowing their monthly data caps.

Cloud may have made enterprises accustomed to paying subscriptions, but it's not the only reason this form of licensing is growing popular. Budgeting has become a strong driver, as subscriptions can be used for shifting expenses from capital to operating budgets, which are often easier to get approved. And there's the psychological relief of eliminating that steep upfront cost.

But are subscriptions such a better deal over perpetual licenses? It depends.

For starters, open source, commodity infrastructure, self-service tools, and cloud have helped change pricing expectations; more and more enterprises are, in essence, saying they are not going to pay a lot for their mufflers. And so modern cloud databases like Amazon Aurora are charging as little as roughly $25 to $50 per month for small or midsize reserved instances for one-year terms. While subscriptions on their own don't make software cheap, they can promote it.

But then there is the rent vs. buy metaphor that is best compared to real estate; if you live in your home for 20 years, it is probably cheaper in the long run to buy rather than rent. But is that really the case with software or hardware? For perpetually licensed software, there's still annual maintenance (akin to annual property taxes on your house), so you're not -- literally -- home free.

Theoretically, the subscription equation gets worse -- but only theoretically. That's because, if the technology vendor prices their subscriptions properly, they should make back their money in year three -- which neatly coincides with the time your organization must take to amortize the software (hardware is a different story).

So, theoretically, after year three, the software company is raking in free money. But is this really a zero sum game? Turns out that innovation changes the equation, especially in fast-evolving disciplines like big data analytics. Chances are, if you bought a subscription to a big data analytics tool three years ago, it would likely have relied on MapReduce processing. Three years later, if that tool has not been upgraded to Spark or taken advantage of some of the new capabilities in machine learning, it's probably time for replacement.

Much has been written about the revenue/cash flow disruptions to software vendors making the transition from perpetual to subscription pricing; that was part of the rationale that established software players like Informatica, Tibco, BMC, and Compuware/Dynatrace resorted to private equity.

But there are other impacts to the vendor, especially when subscription pricing is also designed to expand the installed base. On one hand, it drives the sales team to find different means of the familiar trick of discounting, but it also requires new approaches to scale training.

It's tempting to state that enterprises that are not pulling the plug on software that they have already bought under traditional perpetual licensing would have scant incentive to move to subscription deals. But subscription deals lend themselves to flexibility, such as turning on additional users or software and hardware features. And, if your organization has been a steady customer, you'll likely have the leverage to negotiate a subscription that's a far better deal than forking out more maintenance.

Video: What's next for cloud computing? 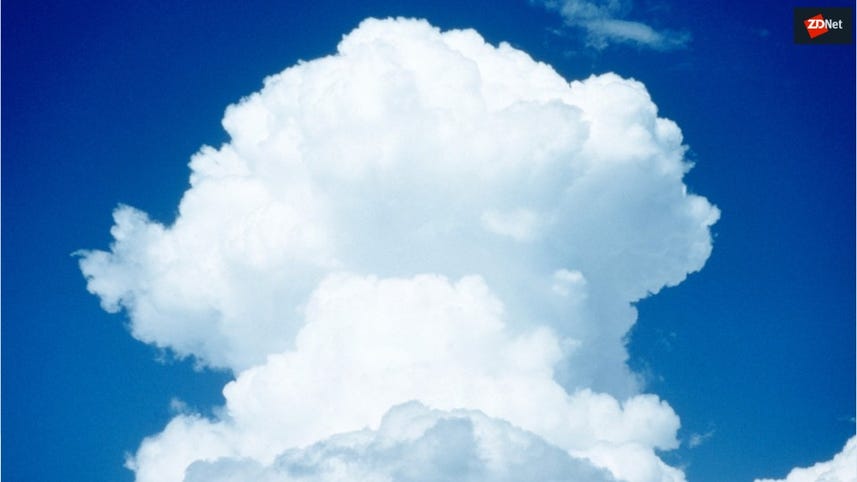