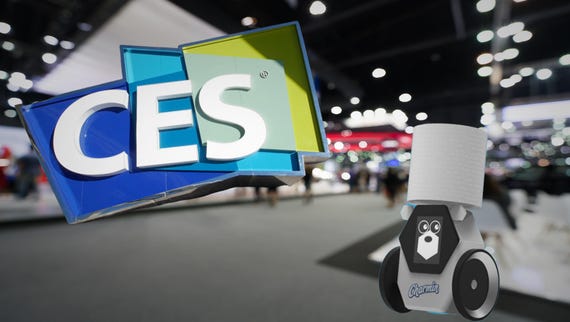 OnePlus, Charmin, Lenovo, and Sony: The winners and losers of CES 2020
Watch Now

It's often said you get what you pay for so I didn't have high expectations for the new TCL SOCL 500TWS fully wireless earbuds when they were offered up for review. After a couple of weeks of wearing them during my commute, while running, and while working I am impressed by these earbuds that are available for less than half the cost of most competitors.

While I have been running with the new Jabra Elite Active 75t for the past couple of weeks and I have yet to hear another fully wireless headset that can match its audio quality, those also have a MSRP of $199 so you have to be pretty serious about your audio quality, style, and functionality.

Given that 3.5mm audio jacks are becoming a rarity on mobile devices, wireless Bluetooth headsets are becoming the norm. Millions are not willing to pay hundreds for the latest in wireless audio so it's nice to see TCL offer up something more affordable that still performs well.

The retail package includes the two wireless earbuds, a charging case with integrated battery, a short USB-A to USB-C cable, and small/medium/large silicone gel earbud tips. I tested the Phantom Black model, but TCL offers three other colorful options for these earbuds.

The charging case is about the size of an Apple AirPods charging case, but has more curves so it comfortably slips into your pocket. The top flap opens up to reveal the earbuds and this material is thin plastic, giving it a bit of a cheap feel. I haven't seen this material impact the usability or functionality at all though so it's understandable some areas had to be compromised for the $80 price.

There is a battery status indicator button on the back so you can check how much battery is remaining in the case. Each LED indicates a 25% charge level. The case is thankfully charged up via a modern USB-C port on the bottom. This was unexpected, but very much appreciated, as lower priced accessories still tend to use microUSB.

The earbuds are fairly small, nearly the same size and look as the Samsung Galaxy Buds, with a share part that holds a silicone tip that fits into your ear. Each earbud is very lightweight and can be worn comfortably for hours.

On the outside of each earbud is the TCL brand name and this area also serves as a button that is easy to activate. While listening to music, you can press the button on either side to play/pause music, twice on the right side to increase volume, twice on the left bud to decrease volume, press/hold on the right to go to the next track, and press/hold on the left to go to the previous track. Less functionality is available in mono mode when you have just the right earbud inserted.

Call controls are limited and include a single press to answer or end a call and a press and hold to reject an incoming call. The right and left earbuds perform the same functions for calls.

You can also use the TCL earbuds for your selected voice assistant. Press the button on either earbud three times to initiate Google Assistant or Siri.

The design and silicone tips allowed me to find a comfortable setup for the TCL SOCL500TWS earbuds for commuting and running. They stayed in my ears when running, unlike the new AirPods Pro.

These TCL earbuds don't have the best audio performance when listening to music, but the volume is good and the sound is decent. The clarity present on higher end earbuds isn't there, but it is honestly better than I expected for an inexpensive wireless headset.

Callers said I sounded like I was on a wireless headset, but again they were not terrible or outstanding.

The button takes a bit of pressure to activate so you end up pressing the earbuds into your ear canal a bit to control the audio. This might not be a major issue for most, but can be annoying when running and bouncing around on the road.

Overall, I found the earbuds acceptable and if I needed to save money and buy something under $100 I would consider them. However, I experienced some finicky behavior that was quite frustrating. The right earbud would connect to the mobile device without a problem and perform as expected. However, the left earbud often would not connect to the right earbud so I was often inserting and removing the earbuds to try to get the connection setup.

While the manual states the left earbud acts as a slave to the right earbud, I had both connected individually and independently to the Note 10 Plus. The problem was that these were completely separate pairings so I could only use one earbud to listen in mono mode. I had to start the pairing up again after resetting the earbuds to try to get the mode I wanted, and expected, to work.

While $80 is a decent price for a pair of fully wireless earbuds, I personally would rather pick up older model headsets that offer better consistency in pairing and higher quality audio. For example, you can find Amazon renewed Jabra Elite 65t models for $70 to $75.