Technology in sport: How AI is helping one football club to make game-changing decisions

Leatherhead FC is using artificial intelligence tools to check out rivals and analyse player performance, but the biggest benefit of the project went beyond just the data.
Written by Mark Samuels, Contributor on May 9, 2019 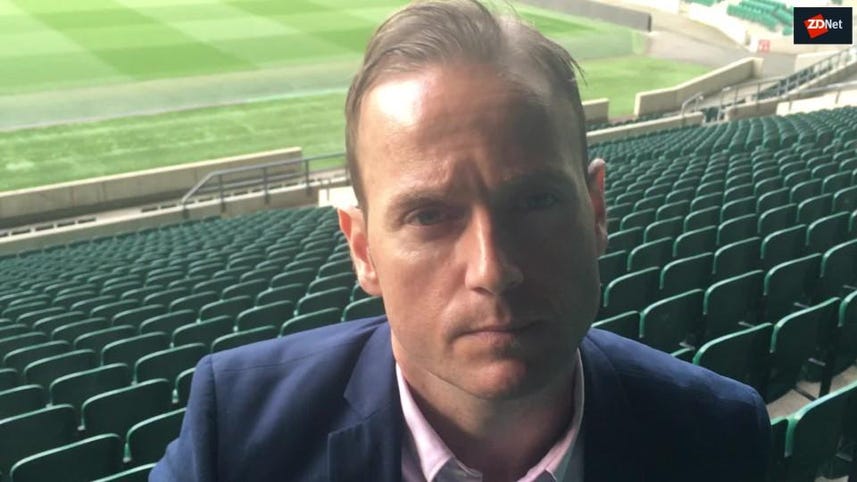 Semi-professional Leatherhead play in the seventh tier of English football with a team made up of delivery drivers, car salesmen and shop assistants. While their full-time Premier League counterparts can afford dedicated scouts who prepare tailor-made reports for management staff, semi-professional clubs are not in a position to commit to this financial outlay.

In a pioneering experiment, Leatherhead is working with technology giant IBM to see how the firm's Watson technology can be used to improve player and team performance. The idea is to show that digital disruption isn't just something for the boardroom. Tech is already altering football: goal-line technology and video-assisted replays are giving referees a third eye during football matches. And off the pitch, managers are using video and big data to assess player performance – and now even artificial intelligence (AI) is being used to help clubs make big decisions.

"We used the tool and it was really helpful," he says. "It helped us compete. It was both useful for me personally and for the club. I used it to look at previous performances and upcoming fixtures, and we used the tool to help build relationships with the players. AI removes the emotion from decision making – there's no favouritism; it just gives you facts to help you make better decisions."

That's where technology plays a part. Joe Pavitt, master inventor at IBM said that when the company reached out to Leatherhead about the potential experiment, the club was receptive.

The timing of the experiment was opportune. Summer 2018 was a turbulent period for Leatherhead. There was a significant turnover of players and a new management team was appointed, including McCarthy, who admits to being unsure when he first heard about the potential AI experiment.

"I was sceptical of how we could us it and what benefit it would bring," he says. "As we've trialled it, I've seen it's a fantastic tool – if you can use it in the right way. We have human elements that we need to deal with and we use the tool to help filter our feedback to the players."

Watson Assistant, meanwhile, provides a conversational interface, allowing Leatherhead staff and players to use natural language to ask simple questions and receive detailed responses. An example is searching for recent shots on target by the club's strikers, where Watson Assistant automatically provides all the video clips recorded by IBM at games, alongside key data points.

System inventor Pavitt says it's crucial to recognise "AI isn't just a black box" – you have to be able to explain why the facts, such as passing success rate or tackles won, matter. AI has to be taught how monitoring these indicators can help lead to performance improvements.

Football nomenclature is another challenge. IBM has to teach Watson football terminology in context, such as corners and free kicks – and McCarthy says there were early teething problems at Leatherhead. "When we initially used the technology, the terminology was a big thing – we knew what we wanted the tool to do but it didn't understand the language," he says.

Both parties have discovered the key to success is using human feedback to hone results. As the season progressed, the understanding of both Watson and the Leatherhead staff improved – and the benefits have become clearer. McCarthy gives an example of how he has used AI to analyse transitions, when the ball is lost to the opposition.

"We found our players were losing the ball in bad areas and we wanted to know how often this led to the opposition having a shot. We found it could be as much as 20 per cent. We were able to sit down with the players and show how bad choices led to bad results," he says.

Leatherhead's management team have also used the system to highlight how long passes are less successful than short passes. Once again, AI helped prove the benefits of a change in tactics.

"It would give us reassurance – and then we could focus on that message during training in the week," says McCarthy. "We had factual information to back up what we were saying. We could give constructive criticism to the players. The information we were receiving was backing up our feelings."

McCarthy says results from the AI system are accessible within 24 hours of the final whistle. The management team receives video footage from IBM and can then drill down into specific elements, such as individual player performance or shot-conversion rates. The players also have access to the information – and McCarthy says the best players embrace AI.

"You can certainly see the players who've used it more," he says. "We have a young team that wants to improve and the ones that really want to get on are using AI. If players do have access to this tool and don't use it, then more fool them. The tool can help players get to the next level."

Watson is already being used in Tennis, Golf and in Basketball, with Toronto Raptors. IBM's Pavitt says the Leatherhead experiment proves the technology also works in football, a sport that has been more resistant to digital disruption than others.

Football relies on flowing play and quick decisions. Some experts believe in-game video replays interrupt this flow – and there might be some concern that AI provides another unwelcome distraction. However, McCarthy says his experiences at Leatherhead suggest otherwise.

"Technology is changing sport and if you don't embrace it you'll get left behind," he says. "You can see how we've developed using it – and I don't think it will be long before the bigger clubs get involved. Whatever clubs can use to get a small advantage, they're willing to use. Any AI that can help you, you have to use."

The regular non-league season finished recently, with Leatherhead finishing in eighth place in the Bostik League Premier Division and just outside the end-of-season play-off places. It was a much higher position than might have been anticipated last summer.

So, how much of the success can be attributed to AI? Not very much, says McCarthy – but the technology, which is often seen as a replacement for human capability, has had an unexpected benefit: it's helped people at the club to bond.

"I don't think AI helped us finish higher up the league, but it really helped us in regards to our player relationships," says McCarthy. "When a manager tells you you're not good at something, how he says it is really important. Some players might not respect criticism and that's where the tool really comes in handy. It's allowed us to build strong human relationships."