The 10Gbps fibre network being rolled out by TPG throughout Adelaide has already received 1,000 applications from businesses wanting to be connected.
Written by Corinne Reichert, Contributor on June 17, 2018 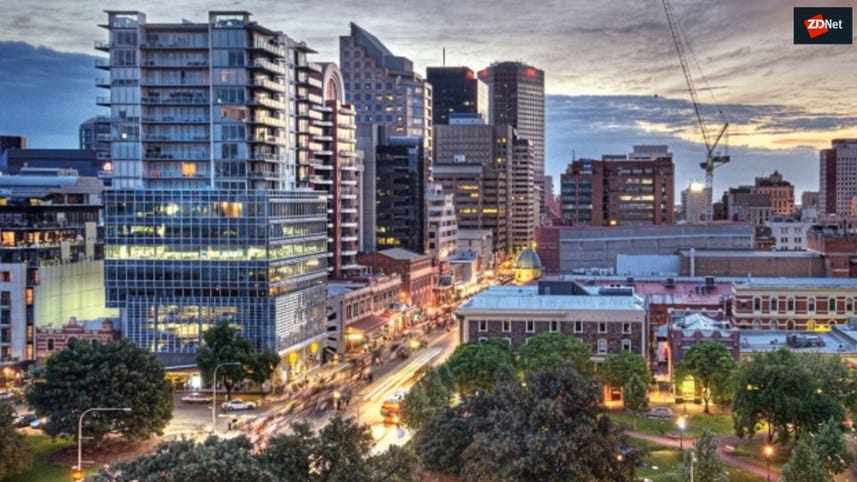 The City of Adelaide has announced that more than 1,000 buildings have already registered to receive the 10Gbps fibre network within the first nine weeks, which it said was "months ahead of schedule".

The city will next be selecting the 1,000 buildings to be connected by the Ten Gigabit Adelaide network, which is being built by TPG. Around 500 other businesses have additionally registered their intent to join the network once it is rolled out.

Adelaide was scant on details of the deployment of the network, however, saying the "masterplan" is "now being finalised and a delivery schedule is being developed".

"We are leading the nation with the development of this network, and the short amount of time it has taken to sign up the first 1,000 buildings is remarkable," Lord Mayor Martin Haese said.

In March, the City of Adelaide had announced that the Australian Institute of Business would be the first building on the network, with the project set to connect 1,000 buildings in its first two years.

Currently, it is supplying services to around 40 buildings, with another 140 to follow soon after.

"Businesses are being connected and will immediately reap the benefits," Haese said at the time.

In December last year, TPG was chosen to progressively roll out the network, which is being installed in buildings free of charge by the city and the telco. The cost for accessing services would be "considerably less" than current options on the market.

The network will enable new possibilities for companies "without being inhibited by the restrictions and congestion often experienced by existing internet services", the City of Adelaide said at the time.

"In a recent independent report, the South Australian Centre for Economic Studies puts the quantified productivity and efficiency benefits of Ten Gigabit Adelaide in the range of AU$16 million to AU$76 million per annum," the city said in December.

"Once in place, the network will benefit nearly all industries including the creative sector, health and wellbeing, finance, defence, advanced manufacturing, information management, and cybersecurity. It will underpin future innovation in areas such as robotics, artificial intelligence, way-finding, 3D printing, and augmented reality."

According to the city, the installation of the 10Gbps service could create up to 2,500 jobs over the next six years, as well as retaining current jobs there.

Adelaide's GigCity 1Gbps network was launched in August, meanwhile, with South Australian Premier Jay Weatherill at the time saying it meant Adelaide is one of the "most connected cities" in the globe.

The government in June selected EscapeNet to be the internet service provider for its one gigabit network, and set aside AU$2.9 million over four years in its state Budget to extend the network into more areas.

Adelaide's 10Gbps network was originally allocated AU$4 million in the state Budget back in June 2016 to provide an alternative to the federal government's National Broadband Network (NBN).

The NBN currently maxes out at 1Gbps on its fibre-to-the-premises (FttP) network.

TPG to roll out 10Gbps fibre broadband in Adelaide

TPG will begin rolling out a 10Gbps-capable fibre broadband network for business customers in Adelaide at the beginning of 2018.

More than 60 percent of TPG's FttN customers on the top speed tier could not reach those speeds, the ACCC has found, with one customer unable to get even 12/1Mbps speeds while paying for 100/40Mbps.

TPG will be second-biggest telco in five years: Slattery