Microsoft Azure was used to serve up APIs to voters during the 2019 federal election.
Written by Asha Barbaschow on Jan. 27, 2020 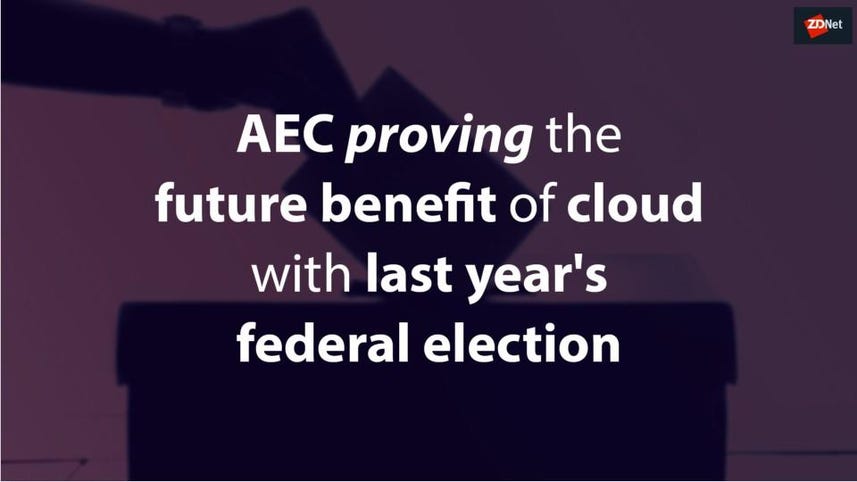 The Australian Electoral Commission (AEC) is headed on a project to modernise its systems, and although the core systems modernisation of the AEC is yet to begin, it has started the transformation in other areas.

"We like to describe ourselves as the perfect organisation for cloud services … all of those key tenets are found in modern cloud platforms and the AEC clearly benefits from them" AEC director of architecture and modernisation Stewart Kerr said.

"We're very different to most federal government departments in the fact that what we do is essentially a huge event management and logistics exercise, and unlike most event management companies, we actually don't know when our event's going to be."

The AEC normally operates out of 90 premises around Australia and has 780 staff. When an election is announced, that scales to more than 7,900 premises and approximately 90,000 staff.

"We don't know when an election will be, the Prime Minister announces the election on a date of his or her choosing. We have to scale immensely, and we have to do it on-demand," Kerr continued.

"For example in the few short weeks of an election we produce and handle approximately 52 million ballot papers and transport them via more than 40,000 transport routes. When you think about the AEC, normally we have very modest ICT requirements, however once an election is announced we rely on the professionalism, quality and agility of our staff, technology, and partners to deliver a successful electoral event with transparency and integrity and cloud is a big part of that equation."

During the most recent federal election, the AEC used Microsoft Azure to develop and manage its first suite of public-facing APIs which Kerr said exposed a range of data and services delivered by the AEC.

According to Microsoft, this included information feeds to broadcasters, news services, social media, and search engines.

"We delivered up a number of services that would allow people to, for example, check their enrolment through a mobile phone application," AEC CIO David Lang added.

Lang said the AEC delivered a service that published the list of available polling places, as well as a service that allowed the retrieval of geographic data that makes up an electoral boundary.

"Then ultimately we also had an API that provided a lightweight feed of real-time election results," Lang said, noting that when the election was over, the AEC simply switched it off.

In addition to developing the APIs, AEC also leveraged Azure to manage access to them.

The AEC's 2018-2022 corporate plan outlines its modernisation proposals, noting that it needs systems that are "robust, nationally consistent, and built for continual evolution through all phases of the electoral cycle", which includes maintaining the electoral roll, election planning, readiness, and delivery.

In addition to conducting elections, the AEC maintains the electoral roll, offers a range of electoral information and education programs, and administers political party registrations and financial disclosures.

In non-election periods the AEC website receives a moderate load. During the 2019 federal election it handled more than one billion-page views.