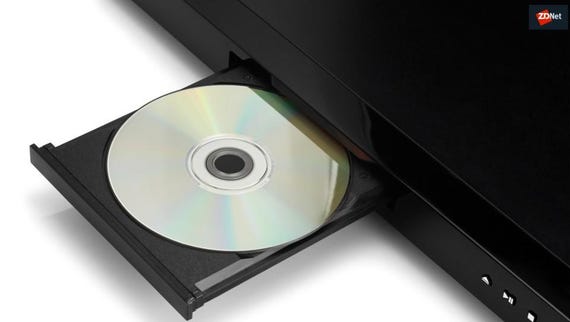 What is technology, really -- what has it ever been -- but the product of people's collective efforts to overcome obstacles and improve the way they work and live?  We too often confuse technology with media, which is somewhat like mistaking the kitchen for the meal, or the automobile for the road.  In so doing, we overlook -- perhaps selectively, but more likely obliviously -- one of the most poignant lessons that human history keeps pounding into our brains:  No publisher, no institution, and no government ever retains full control over the flow of information for very long.

Technology has always defeated such efforts, and always will.  The revolution is built into the system. 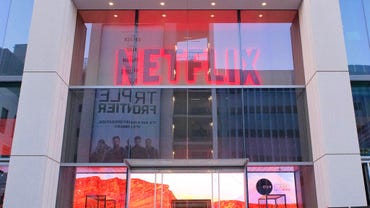 Last January, my friend and ZDNet colleague Steven J. Vaughan-Nichols made this poignant pronouncement:  The sum total of monthly fees he now pays for all the streaming content providers to which he subscribes equaled the fee he had been paying for the service he dumped and the cord he had cut.  "If you watch a lot of streaming TV," Steven wrote, "the costs are spiraling up."

"Content" is the placeholder for a more definitive word, referring to what we consume when we read or listen or watch something electronically.  Information is its principal ingredient.  "Streaming," meanwhile, is a terrible word for our information delivery system.  "Netflix" is a word people use to mean streaming media itself, just as "Facebook" is now a word many folks use to substitute for "the Web," and "Twitter" is used to mean a dumping ground for presidential verbiage.  From a great many consumers' perspectives, Netflix is the entire streaming media industry encapsulated.  Folks protesting the irreverent content of the show "Good Omens" aimed their vitriol at Netflix, even though that show airs on Amazon Prime.  Even after discovering their error, some wondered whether the difference really matters.

Recently, media industry surveys have become blaring indicators that Netflix has indeed become the definition for this market.  A November 2018 poll by Solutions Research Group Consultants Inc. gave respondents a list of content producers -- including broadcast networks, basic and pay cable services, and streaming providers -- and asked them to choose the ones they'd keep if they were only allowed a handful.  Netflix topped the list among 18-34-year-olds, and was #3 behind ABC and CBS for all age groups.  Those findings were validated by an April 2019 poll by Hub Entertainment Research.  In that poll, Netflix was rated "indispensable," overwhelmingly so by younger respondents, and the #1 brand among all age groups (44% versus CBS with 29%).

Yet when Hub flipped the question on its ear -- specifically, when respondents were asked which sentence best characterizes their views about the identity of the content provider -- the largest plurality agreed with the statement, "The network a show is on makes no difference to me."  Consumers are identifying "Netflix" not as a channel, but with the ideal of choice itself -- a wealth of options.  Netflix is becoming TV like Facebook became the Web.

Here is your next clue that this new "Second Golden Age of Television" is by no means a re-enactment of the first:  According to figures published by media analysis firm Parrot Analytics [PDF], Netflix had some 139.3 million subscribers worldwide in 2018.  Though Amazon Prime reported a figure of 100 million for that same year, the firm warned that Prime subscribers may merely be shoppers paying for free shipping.  They may not even know there's a television service attached.  Although Hulu is presently only available in the US and Japan, its 25 million subscriber base makes it almost as much a non-entity as whatever the world's #3 search engine might be today.

In 2017, Netflix produced and aired some 117 scripted series -- enough to populate the schedules of four 1970s broadcast networks simultaneously.  According to Parrot, Netflix' original series, original movies, and reruns account for 71% of all streaming content demand.

As we speak, the content industry is undergoing another round of upheaval.  Disney (parent company of ABC) acquired the 20th Century-Fox film studio, and with it Fox's stake in #3 streamer Hulu.  It then acquired Comcast's stake in Hulu, giving it complete ownership, in a deal which saw Comcast (parent company of NBC Universal) acquiring British content service Sky from the reassembled Fox Corp.  Nevertheless, Disney is persisting in creating yet another streaming service with the Disney+ brand.  Meanwhile, Apple plans to unveil its revamped service this fall, while NBCU gears to launch yet another service for itself, and AT&T's WarnerMedia prepares to launch HBO Max.

All of the new studio-branded services are expected to become both the owners and proprietors of their own content franchises -- for example, Disney+ may become the principal channel for Marvel Universe content, and HBO Max will become the home of #1 Netflix show "Friends" (originally produced by Warner Bros. for NBC) in 2020.  This while, on its own dime, CBS All Access continues to expand the Star Trek universe with two new series forthcoming, with teasers for even more in the future, in an effort to bolster its subscriber base.  (CBS Corp. is the parent company of both CBS All Access and ZDNet.)

Some pre-existing content (e.g., "Friends," "The Office") will inevitably relocated to their original producers' respective services.  Supposedly, that will be incentive for consumers to reassess their budgets and redistribute their investments among a greater number of services -- perhaps reluctantly, though with the requisite display of devotion and loyalty to their preferred franchises.

Except there is every indication in the world that this redistribution will not happen.

Last week, the Hollywood Reporter revealed the results of a new poll:  The average monthly amount US consumers say they're willing to pay for all streaming media is about 76% less than the amount actually being paid by those who subscribe to three streaming providers.  They would prefer to pay $21 per month.  At the time of this writing, Netflix charged from $9 to $16 per month for streaming TV, Amazon Prime $13 per month or $119 per year, and Hulu from $8 to $12 per month for premium service.

These survey results are all signals as clear and unignorable as a 90-degree day in Anchorage:  This market lacks the bandwidth for seven or eight or nine Netflixes.  People are already paying more than they think they should.

That's not a problem, an executive with a content finance firm told the Observer.  Consumers have become conditioned to paying higher and higher fees already, he said, so it's not at all a stretch to assume they'll succumb to being conditioned again.

What such analysis forgets is that the Internet is not, and has never been, the electronic staging ground for a shopping mall or an open-air market.  It doesn't come with pre-configured allotments for multiple participants in search, social media, and content delivery to set up shop on an equal playing field in neutral territory.  Google, Facebook, WhatsApp, and now Netflix command the positions of prominence they have today because they built platforms that consumers prefer.  It's these platforms' prominence that makes them work as well as they do.  That may not sound very democratic, but the Internet never had a Fairness Doctrine.

Challengers in the Internet's various market spaces cannot simply replicate the platforms their leaders built, and expect to level the score between them.  You see, Netflix isn't some Web server farm to which its IT department uploaded some movies.  Netflix actually rebuilt a significant chunk of the Internet in its own image, inventing a microservices delivery model -- ironically, using Amazon AWS as its infrastructure -- that is truly a marvel of modern science.  The best market share anyone could hope to attain by building another Netflix, or attempting to make a better one, would not be enough to sustain the effort -- a bit like the Soviet Union's last-gasp attempts to replicate the Space Shuttle.

The business model for a service provider whose best foreseeable outcome, after re-inventing the wheel, is one-fifth of a $25-per-month market split nine ways, is not sustainable.  For this new market to have any chance of success, it would need to subsume cable TV.  And for most households, cable is also their broadband Internet platform.  That creates an even greater burden on 5G Wireless to be cable's replacement.  But 5G comes with greater costs, most of which will be passed on to consumers.  Suddenly that $25 purse actually starts shrinking.

"A matter of conscious desire"

Besides the platform issues, there's the matter of dividing and channeling consumer demand.  Americans have never once succumbed to the terms of publishers who would claim their market exclusively for themselves, and control access to it.

The assertion that the public will eventually bend to the will of the market (or, in the alternative, the complaint that the public isn't bending like it should) reads like a December 1922 complaint lodged in a trade journal of the sheet music industry by one E. C. Mills, representing the Music Publishers' Protective Association.  The new wave of branded department stores, or "chain stores," had begun using selected sheet music played on pianos, and eventually recorded music reproduced on phonographs (shudder the thought!) to attract customers past the threshold of their store windows.  Once inside, they could sell them copies of that music, and in so doing ignore the obvious opportunities to sell them a piano or other fine instrument.  Sanctioned sheet music stores, whose proprietors are upstanding men with more refined notions of public tastes, are too skilled in proper salesmanship to miss such opportunities.  Thus, Mills concluded, this new crop of retailers were commandeering the publishers' right to influence or decide the popularity of music.  Mills wrote:

The public does not think for itself; smart men are doing the thinking for it the world over, and have done so in all times.  The public doesn't want any certain music as a matter of conscious desire.  It would get along for some time with what it has, without any discomfort or any consciousness that it was being deprived of anything.  Music, therefore, as is the case with many other commodities, has to be sold to the public.

Viewers have no conscious idea what they're watching, Mills might have observed today -- they may call it "Netflix," but the name doesn't matter.  They're watching it and they think they're enjoying themselves, and that's enough.  Best that men of good character make fine choices on their behalf, than some enterprising retailer with some tomfoolery technology rob them of that golden opportunity.

From his lofty position on the receiving end of a new trend in 1922, Mills correctly observed that technology was moving the medium away from publishers and towards consumers.  But he thought this trend should be stopped, lest the publisher lose direct contact with its customers.  The market should be hard-wired, Mills advised, though without the language of a later era.

Hard-wiring the Internet has never worked -- just ask the poor legislators who tried passing the SOPA Act.  In a capitalist economy where the public's will is not suppressed or anesthetized, consumers have always insisted upon a single marketplace.  When you divide your consumers, you disassemble the market, and they will pick up their technology and their business and take them elsewhere.

Join Discussion for: The cord-cutting conundrum: What consumers...