The Dawn of Twitter: Echoes of Instant Messaging Evolution

Twitter and its clones seem to be growing like weeds wherever you look, and are starting to spam each other with location updates if you're a user. Rewind back ten years to the start of the decade we're just leaving and there's a distinct similarity with instant messaging and the birth of XMPP standards.
Written by Oliver Marks, Contributor on Dec. 27, 2009 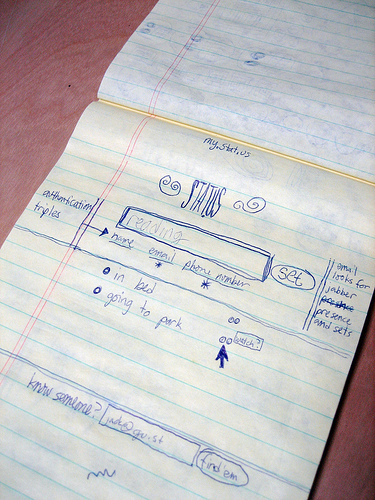 Twitter and its clones seem to be growing like weeds wherever you look, and are starting to spam each other with location updates if you're a user. Rewind back ten years to the start of the decade we're just leaving and there's a distinct similarity with instant messaging and the birth of XMPP standards.

Instant messaging (IM) became a darling of the web 1.0 boom, with an academic paper of the time called 'Interaction and outeraction: instant messaging in action' citing IM uses such as quick questions and clarifications, coordinating and scheduling tasks, coordinating impromptu social meetings, keeping in touch with friends and family, and generally marveling at the expression and flexibility possible with the new medium.

By 2000 there were lots of competing IM services and some of them were starting to be formally adopted for business use, with the type of governance and security conversations I regularly have today with clients about Twitter, Yammer etc.

From 'Pressure mounts for instant messaging standard' by Carolyn Duffy Marsan on CNN.com in 2000:

"Instant messaging without interoperability is the equivalent of trying to listen to your favorite FM station with an AM receiver - it just isn't going to work," says Randy Vaughn, a professor of information systems at Baylor University in Waco, Texas. Vaughn uses Tribal Voice's PowWow instant messaging system to chat with his students and to supplement his office hours.

...Another frequent use of IM was to keep in touch with friends and family while at work. Most IM users in our study had at least some friends and family they connected with online during the course of the workday. These interactions were often very brief, like, “Hi Hon!” Such interactions seemed to provide a moment of respite in a busy day, a sort of “pat on the shoulder” as one participant said. Users had exchanges with friends about coordinating social activities, such as organizing a camping trip, or a visit to a restaurant. Mike explained, “My roommate just came online and she can say ‘hi.’ She can also say what her plans are or if she needs something.” IM injected playfulness and intimacy, easing workers’ labor by allowing them to connect to loved ones in quick but meaningful ways. Mike observed, “[IM] is a nice break from the work that can be mundane.” We are all aware of the way work continues to cross boundaries into the home, but the reverse is true too, with home (and friends) making their own inroads into the workplace.

Sound familiar? Twitter - or micro blogging, signaling or whatever generic name you prefer - is reaching a similar critical mass for the new decade.

The image at the top of this post is from Jack Dorsey's Flickr space posted in July 2006:  here's most of the caption

On May 31st, 2000, I signed up with a new service called LiveJournal. I was user 4,136 which entitled me a permanent account and street cred in some alternate geeky universe which I have not yet visited. I was living in the Sunshine Biscuit Factory in Oakland California and starting a company to dispatch couriers, taxis, and emergency services from the web.

One night in July of that year I had an idea to make a more "live" LiveJournal. Real-time, up-to-date, from the road. Akin to updating your AIM status from wherever you are, and sharing it. For the next 5 years, I thought about this concept and tried to silently introduce it into my various projects. It slipped into my dispatch work. It slipped into my networks of medical devices. It slipped into an idea for a frictionless service market. It was everywhere I looked: a wonderful abstraction which was easy to implement and understand.

The 6th year; the idea has finally solidified (thanks to the massively creative environment my employer Odeo provides) and taken a novel form. We're calling it twttr (though this original rendering calls it stat.us; I love the word.ed domains, e.g. gu.st). It's evolved a lot in the past few months. From an excited discussion and persuasion on the South Park playground to a recently approved application for a SMS shortcode. I'm happy this idea has taken root; I hope it thrives.

It certainly did - the question now is whether the plethora of imitators, which are now being baked into platforms from SocialText to Ning to Salesforce as well as new standalone services such as FourSquare and Gowalla, will force a business standards showdown, as happened with IM.

Geo location and other presence signaling devices may supersede the first mover advantage Twitter had: by the end of 2000 the XMPP standards existed which begat Jabber (now owned by Cisco), the open source client widely used within enterprise extranets and intranets after security scares using AOL and Yahoo free services. (Despite the 'work continues to cross boundaries into the home' quote above IM is banned in many work locations to this day, as is Twitter and social networks).

While Twitter adds several novel new dimensions to the 'Interaction and outeraction' world of IM circa 2000, it's also (admittedly depending on who you are following) becoming a fantastic device for misinformation, which isn't a useful trait for business collaboration.

Despite all the adoring denizens of the 'Twitterverse' who refer to each other as 'Tweeple', use other terms that put your teeth on edge and seem to luxuriate in behavior that wouldn't be acceptable when spoken face to face, (asking perky questions in a Tweet and then answering it themselves for example) there's an increasingly worrying bleed into the world of validated information.

The 'Drudge Report' website regularly scooped the 'mainstream media' by publishing stories earlier this decade while they were being verified or discarded by the 'reputable' trusted news outlets. The former gossip column had its heyday around the same time as IM's finest hour: now the mainstream media behaves like the Drudge Report, as this John Stewart Daily Show clip demonstrates.

While Twitter undoubtedly has the powerful 'on the scene' crowd sourced advantages that mobile devices make simple for real time information, as evidenced by the Hudson plane landing phone images and tweets, there is also ample room for disinformation and organizing violent uprisings.

While the Greek riots of late 2008 were apparently mostly locally rallied around the Twitter hashtag #griots, there are some serious questions about the Tweets which supposedly came out of Iran in their election unrest in summer 2009, with some apparent evidence of false flag agitation.

The point is we are in uncharted territory in this new world, and Chinese Whispers style viral propagation of information, whether political or business, can do enormous damage very quickly.

It's not surprising that solid use case and parameters for business collaboration adoption are being widely discussed as Twitter gains the sort of traction IM had ten years ago.

for all the intelligent uses and value Twitter brings to creative users, you could be forgiven for thinking it should be renamed 'Gossiper' on a bad day...